An online video showing a person that identifies himself as Kim Han Sol, the oldest son of Kim Jong Nam, who was killed last month, prompted questions about where he might be hiding after fleeing from Macau, where he resided.
According to South Korean News Agency, Yonhap, last week Han Sol may have fled to the Netherlands to seek asylum.

In addition, according to Oxford Student website (OxStu), Han Sol has reportedly turned down an offer to study at an Oxford graduate college due to fears that his uncle could have him assassinated if he were to take up the offer.

The OxStu also cites a previous report from The Daily Mail which said Han Sol’s girlfriend was a student at Oxford University and he was initially planning to join her before receiving a warning (allegedly from Chinese security agents) that his life would be put at risk if he decided to enroll at the university.

Thae Yong Ho, a dissident who was previously a North Korean diplomat in London, said in an interview last week that the motive behind Kim Jong Nam’s murder was his half-
brother’s desire “to solidify his legitimacy as the leader.” The former diplomat added also that Jong Nam had been, until now, “the biggest obstacle” to Kim Jong Un becoming a long-term leader in North Korea.

Han Sol has also been considered a key figure in order to conclude the process of identifying the body, with Malaysian authorities seeking family members of the deceased in order to collect DNA samples.

After the death of Jong Nam, Han Sol, could be presumed by the North Korean regime to now occupy the place left by his father and that makes him an obvious next target now that all doubts over the person killed at Malaysia’s main airport seem to be dissipated with several news outlets reporting that Nam’s body was finally identified with the help of Japanese authorities. RM

According to  the Japan Times, Tokyo provided Malaysian authorities with Nam’s fingerprint data, which was collected in 2001 when he was detained by immigration at Tokyo Narita International Airport for trying to enter the country on a false passport. At that time the episode became a scandal, since Nam’s reason for being in the country were allegedly to visit Tokyo Disneyland. The same report notes that in addition to the fingerprint data, Japan also offered other physical characteristics to the Malaysian authorities that included mug shots taken at the time of the detention. Malaysia’s Deputy Prime Minister Ahmad Zahid Hamidi said yesterday that the body of Kim Jong Nam has been embalmed to better preserve it. 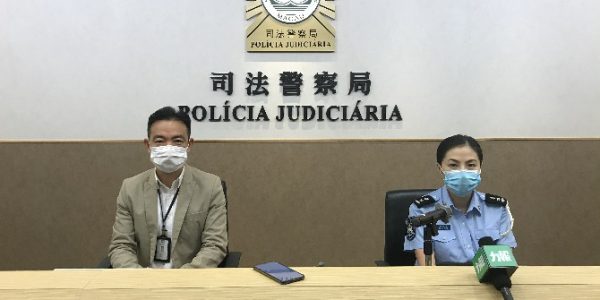