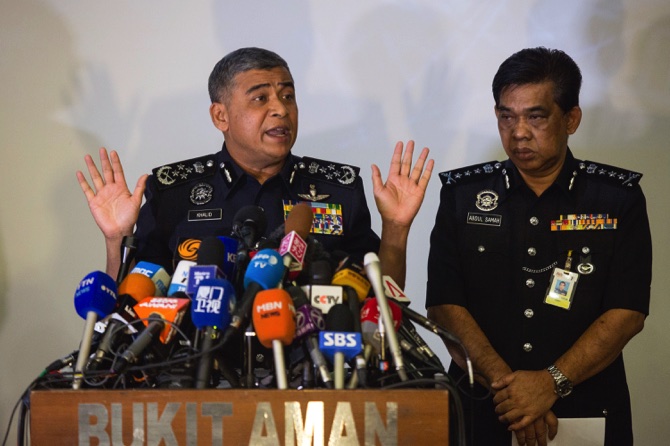 Malaysian police said that they are hunting for more North Korean suspects over the killing of the half brother of North Korean leader Kim Jong Un.

Khalid said the new suspects include an “important person,” but he declined to give further details.

“I do not deny that there are more North Koreans involved in the murder of Kim Jong Nam. We will follow the legal channel to get them,” he said. “I do not want to say more than that. If I do, they may run […] but we believe there is an important person too.”

Malaysian authorities say two women smeared Kim’s face with the banned VX nerve agent on Feb. 13 at a crowded airport terminal. He died within 20 minutes. The two women, an Indonesian and a Vietnamese, have been charged with murder.

Four of the seven initial North Korean suspects left Malaysia on the same day of the killing. Police have obtained an Interpol red alert notice for the four men, believed to be back in Pyongyang. Police said the other  three men are believed to be hiding in the North Korean Embassy in Kuala Lumpur.

Relations between Malaysia and North Korea have deteriorated sharply since Kim’s death, with each expelling the other’s ambassador.

North Korea blocked Malaysians from leaving the country until a “fair settlement” of the case is reached. Malaysia then barred North Koreans from exiting its soil. The two countries have also scrapped visa-free travel for each other’s citizens.

Although Malaysia has never directly accused North Korea of being behind the attack, many speculate that it must have orchestrated it.