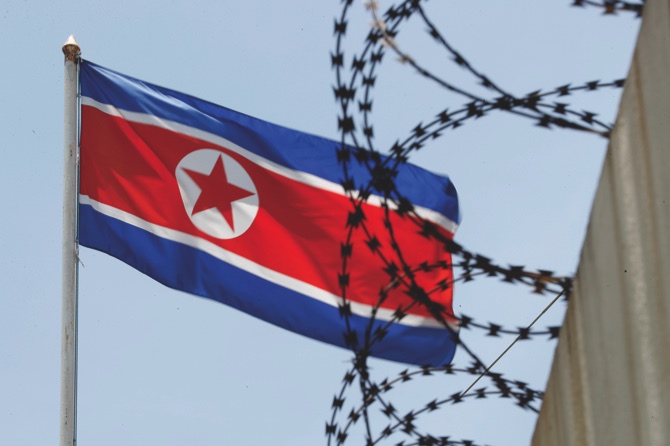 The body of Kim Jong Nam, the estranged half brother of North Korea’s leader, was released to the North yesterday, more than a month after his murder at Kuala Lumpur’s airport unleashed a erce diplomatic battle between the two countries.

Following negotiations that he described as “very sensitive,” Prime Minister Najib Razak said Malaysia agreed to release the body in exchange for the return of nine Malaysians held in North Korea’s capital. There were no details on what led to the breakthrough, but North Korea appeared to win some important concessions: custody of the body and the release of at least two suspects who had been holed up in its embassy in Kuala Lumpur.

Oh Ei Sun, an adjunct senior fellow with Singapore’s Rajaratnam School of International Studies, said it was not a surprise that North Korea came out well in the negotiations.

“North Korea has been performing despicable deeds around the world such as kidnapping and assassinations throughout the decades with impunity,” Oh said.

The public poisoning of Kim, which took place amid crowds of travelers in the budget terminal at Kuala Lumpur’s airport on Feb. 13, has prompted speculation that North Korea dispatched a hit squad to assassinate its leader’s estranged older brother. Although Kim was not an obvious political threat, he may have been seen as a potential rival in the country’s dynastic dictatorship.

Malaysia has never directly accused North Korea of being behind the murder, but many say the weapon — VX nerve agent, a banned chemical weapon — suggests the North must have orchestrated it. Experts say the VX was almost certainly produced in a sophisticated state weapons laboratory, and North Korea is widely believed to possess large quantities of chemical weapons.

and politically motivated. North Korea does not even acknowledge the victim is Kim Jong Nam, referring to him instead as Kim Chol, the name on the passport he was carrying when he died.

But North Korea has always demanded custody of the body, arguing that the victim was a citizen.

As tensions escalated in recent weeks, both countries withdrew their ambassadors and North Korea blocked nine Malaysians who were in the country at the time from leaving. Malaysia responded in kind, barring North Koreans from exiting its soil, including three North Korean suspects believed to be hiding in the North Korean Embassy.

Yesterday, both sides appeared to emphasize that ties were on the mend.

“Both countries agreed to lift the travel ban imposed on citizens of the other country and guarantee their safety and security,” said a statement from North Korea’s oficial Korean Central News Agency.

The two countries did not say whether that included the three suspects. However, Japanese media released a video reportedly showing two of the suspects — an embassy employee and a worker for the North Korean state airline, Air Koryo — on an airplane, and of cargo identified as Kim’s casket.

Four other North Korean suspects left the country on the day Kim was killed.

Custody of the body has been a ashpoint in the case since the start. Until now, Malaysia refused to hand it over. Malaysia said it held on to the body in order to formally identify the corpse, which it now says it has done, using DNA from Kim’s son.

The KCNA statement said Malaysia had agreed to transfer the body “to the family of the deceased” in North Korea. Kim, however, is believed to have children with women living in Macau and Beijing, not in North Korea.

While it isn’t one of North Korea’s key diplomatic partners, Malaysia had been one of the few places in the world where North Koreans could travel without a visa. Although that visa arrangement was scrapped after the killing, it meant that Malaysia had been a quiet destination for Northerners looking for jobs, schools and business deals. AP