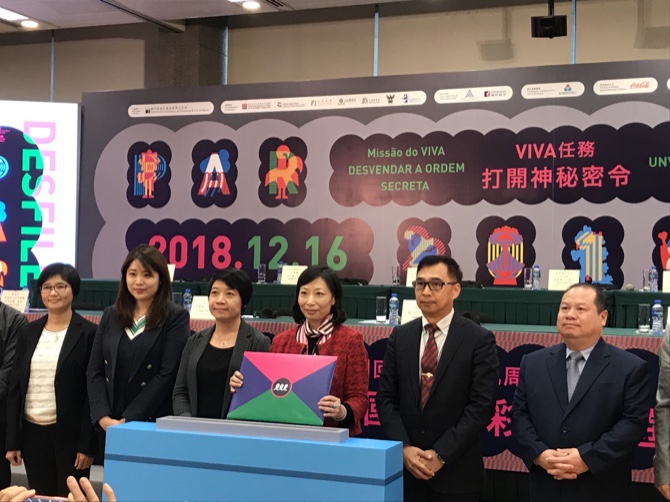 Organizers say that this year’s Parade, which is once again being used as an opportunity to celebrate the anniversary of the 1999 handover of Macau from Portugal to China, will count the attendance of 76 groups (57 local and 19 foreign groups) and a total of 1,700 participants.

That marks a notable increase over the 2017 Parade, which invited 49 local and 15 foreign groups and a total of 1,300 participants.

The 2018 Macao International Parade will be held on Sunday, December 16, four days prior to the 19th anniversary of the handover.

The Parade is based on the concept of what organizers describe as “cultural encounter” between China and Portuguese-speaking countries. This year it will showcase the classic myths and folklore of the countries and territories within this international scope, using totems and mascots that embody the cultural origins of these countries.

The figures are Nüwa from China, the A-Ma from Macau, the Barcelos Rooster from Portugal, the Sun from Cape Verde, the Crocodile from East Timor, the White-nosed Monkey from Guinea-Bissau, the Protector of the Forest from Brazil, the Island of Roosters from São Tomé and Príncipe, the Goddess of the Sea from Angola and the Spirit of the Oceans from Mozambique.

According to organizers, “the ten figures were created by a local designer from the mythology and folklore of China, Macau and the Portuguese-speaking countries. These figures carry the roots and essence of their respective cultures and represent different values in life such as love, inheritance, esteem, respect, protection, eternity, justice, gratitude, compassion and dedication.”

This year’s Parade will follow the same route as in 2017, strolling from the Ruins of St. Paul’s to Sai Van Lake Square and ending with a fireworks display at the Macao Tower.

The President of the Cultural Affairs Burea, Mok Ian Ian, who presided over yesterday’s opening ceremony, said that the Parade will encourage locals and tourists to intermingle among the Latin- inspired heritage sites of downtown Macau.

“The participating groups will parade with residents and tourists through the old quarters, from quiet squares to the bustling town, injecting artistic vitality in streets and avenues full of cultural heritage,” she said.

The Parade will also host a total of 24 outreach performances, with foreign art groups invited to host community workshops. The aim is to inspire cultural exchange with foreign artists and create a festive atmosphere in the community, organizers said.