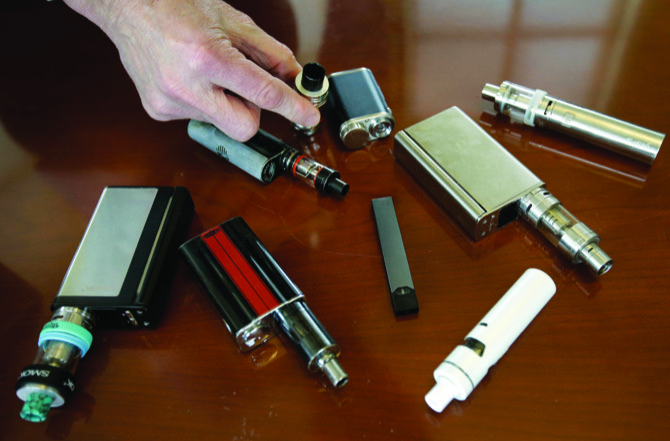 Lawmaker Ho Ian Sang has suggested that the city ban the import of electronic cigarettes. In addition to calling for the ban, Ho suggested that “the SAR government study an increase in tobacco regulation, to extend the area reserved for warning messages on tobacco products’ packaging, [… and] to reduce the smoking addiction of users, in order to reach a [milestone] in tobacco control.”

According to the city’s tobacco user survey, there are 67,300 tobacco users in Macau aged 15 and above.

“In many developed regions, tobacco taxes are higher than those of the WHO [World Health Organization]. In European countries, such as Denmark and Portugal, tobacco tax accounts for up to 80 percent of the retail price. As a high-income region, there are conditions in Macau to raise tobacco taxes. In addition, after the increase of the tobacco tax in Macau back in 2015, the volume of cigarette imports in 2016 fell by about 43 percent. However, the volume of imported cigarettes between January and September 2017 exceeded 300 million. Compared to the same period of 2016, the increase of about 10 percent shows that the effect of the last tax increase was limited, and that there is still room for increasing the tobacco tax,” said Ho.

The latest survey on youth tobacco experience showed that 2.1 percent of  students at middle school are currently smoking and 16.2 percent indicated that they had used an electronic cigarette.

Lawmaker Ho’s comments reflect a growing trend around the world of concern for electronic cigarettes amid a lack of study into their potentially harmful effects and allure with the youth.

For young people, “nicotine is dangerous and it can have negative health effects,” Adams said in an interview. “It can impact learning, attention and memory, and it can prime the youth brain for addiction.”

Federal officials are scrambling to reverse a recent explosion in teen vaping that public health officials fear could undermine decades of declines in tobacco use. An estimated 3.6 million U.S. teens are now using e-cigarettes, representing 1 in 5 high school students and 1 in 20 middle schoolers, according to the latest federal figures.

E-cigarettes and other vaping devices have been sold in the U.S. since 2007, growing into a USD6.6 billion business. Most devices heat a flavored nicotine solution into an inhalable vapor. They have been pitched to adult smokers as a less-harmful alternative to cigarettes, though there’s been little research on the long-term health effects or on whether they help people quit. Even more worrisome, a growing body of research suggests that teens who vape are more likely to try regular cigarettes.

Adams recommends parents, teachers and health professionals learn about e-cigarettes, talk to children about the risks and set an example by not using tobacco products. MDT/AP