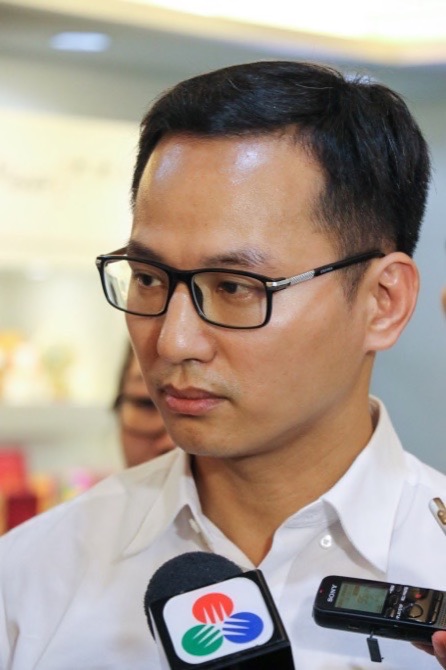 The tourism pressure on the population and parts of the city is one of the concerns expressed recently by several lawmakers in interventions at the Legislative Assembly (AL).

The topic has been previously brought up by several lawmakers, and more recently through a proposal for debate by Sulu Sou last month, which was voted down by the majority of the lawmakers at the AL.

Lawmakers Leong Sun Iok and Song Pek Kei suggested alternative ways that the government can relieve the pressure caused by tourism in the most crowded areas of the city center.

Citing a recently published study from the Institute for Tourism Studies which noted that “optimal tourism capacity” of the region is around 40 million tourists or 110,000 days, Leong proposed the establishment of new tourism sites.

To reduce overcrowding caused by tourism at the usual locations, Leong proposed that the government use the land plot of the former Iec Long Firecracker factory, in Taipa. This land plot is currently in the government’s possession and could “be used as a new touristic site,” the lawmaker said, adding that other locations for this redirection of tourists could also pass through the Lai Chi Vun old shipyard, “in order to relieve the pressure.”

The lawmaker noted that such ideas are in line with the “Macao Tourism Industry Development Master Plan,” where it is mentioned that it is “necessary to expand tourism products, develop diversified and rich tourism experiences, and maintain the attractiveness and competitiveness of Macau as a tourist destination.”

As for lawmaker Song, she also commended on the increasing numbers of visitors and criticized the lack of real measures from the government to reduce the impacts of the rise in tourism.

Song noted that the government has promised to improve infrastructure, public transport network, and hotel facilities, but in reality such policies “stood only as words” and no concrete measures have been enforced.

Meanwhile, the exponential growth of visitors has led the services to adopt urgent measures that lack efficiency, leaving stakeholders no time to think and give proper consideration to the right strategies and long term direction, “resulting in problems increasing in a serious and vicious cycle.” Song urged the government to deal with the existing problems and predict future issues in advance.

One of the other concerns expressed to at least two other lawmakers were regarding the new Chief Executive (CE) to be elected this summer and, consequently, the new government that he would head.

On the topic, lawmaker Mak Soi Kun expressed his feelings on how the previous governments and government officials have been working, calling for a newer and better version from the upcoming government.

“The population does not want Macau to have rulers who apologize, justify themselves with outdated laws, or work little to avoid making mistakes,” Mak said, adding, “The population expects the new Macau SAR Government to have a new working attitude and, as far as the recruitment of staff is concerned, considering that Macau is a small territory, it will be inevitable that there will be family relations among the leaders.” Mak noted nevertheless that the upcoming government “will have to create a fair, impartial and transparent recruitment mechanism for public departments and services.”
Mak also called for a “more realistic government” with a sense of urgency to “act immediately when receiving requests from the population, avoiding delay in the treatment of cases presented by the people.”

On the other hand, lawmaker Pereira Coutinho called attention to the fact that many of the voters in the previous election for the CE had complained about not having enough time to address the political programme of the candidate and especially, not having time to discuss or meet with him to ask questions and clarify doubts about such political programmes.

In the lawmaker’s opinion, it is necessary that at least the college of 400 voters that elect the CE have enough opportunity to discuss the political program before the election and even provide some input, otherwise the “already limited election would not be more than a ‘farce’.” 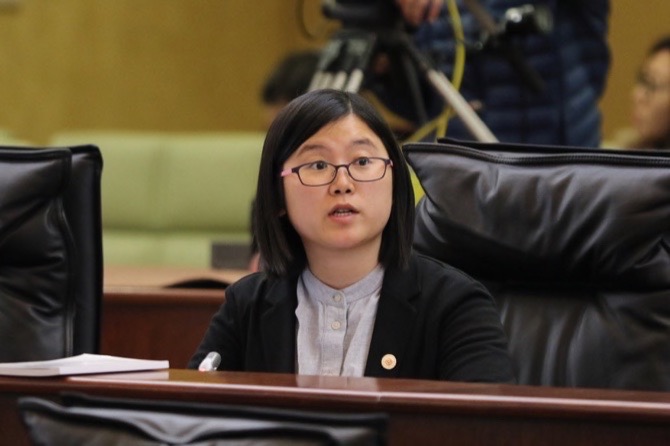 Lawmakers Lam Lon Wai and Wong Kit Cheng have addressed concerns over the growth of prostitution in the community neighborhoods, fearing that the activity would jeopardize public safety. Both lawmakers have called on the authorities to “clean the neighborhoods” by tackling the problem, with added penalties.

Addressing the recently held operations by the police authorities to fight prostitution in the Iao Hon, Patane and NAPE neighborhoods, Wong noted that “due to the limitations of the current legal regime, prostitution is treated as illegal work and the non-compliance with the regime by tourists is treated as an administrative offense, except in cases of crime of control of prostitution or human trafficking.”

The lawmaker said that since the deterrent effect of administrative sanctions is insufficient, the incidence of prostitution easily resurges after every police operation.

She says the problem is especially worrying in the Iao Hon neighborhood where the activity is held in residential buildings, resulting in public fears that the situation will affect the normal life and tranquility of residents, as well as “constituting a serious threat to security that will destroy good morals, seriously affecting the growth of children.”

To put an end to prostitution, she says that it is necessary to “enforce the combat and increase the sanctions, through a review of the law, so it can have a deterrent effect.”

On the other hand, Lam noted that it has been found that prostitution rings make use of non-resident workers (TNR) quotas from several professions such as domestic helpers, masseurs, cooks, cleaning staff, among others, to allow the permanence of such people in the region.

According to Lam, the “false hiring of non-resident workers is not an isolated case,” urging the government to review the hiring mechanism of TNR to put an end to a situation he classifies as chaotic.