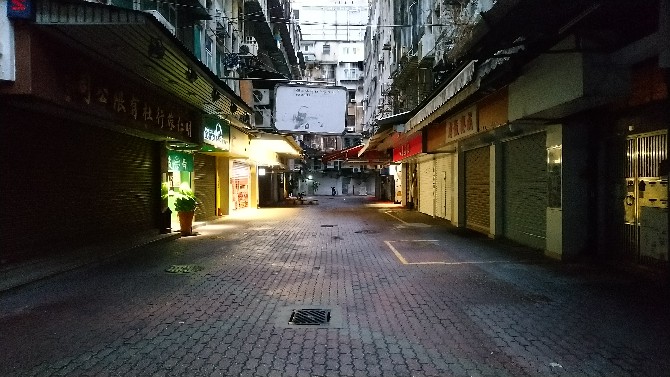 The Second Standing Committee of the Legislative Assembly (AL) has agreed that the 10 billion pataca fund, which will be offered to local residents and businesses affected by the Covid-19 pandemic, should not be included in the revised 2020 budget.
However, the lawmakers did not disclose any details yet on how the community relief fund would be used.
The lawmakers yesterday stated that the 2020 budget, which was generally passed on Friday, should be concluded as soon as possible because the subsidies are needed urgently.
The lawmakers plan to first approve the amended 2020 budget in order to allow the local government to work on the 10-billion pataca fund for an extended time and to submit the bill to AL later.
Yesterday’s AL discussion was only among lawmakers.
Government representatives did not join the meeting.
No details were disclosed on how the fund would operate and who would be eligible for this new support measure, with the government leaving such information for a future announcement once the fund is established.
In the press conference after the meeting, lawmaker Chan Chak Mo expressed to the media his personal view on the government’s relief proposal.
In Chan’s opinion, the government will probably use these 10 billion patacas to help more local residents who have not yet been included in the government’s current financial support schemes.
Such individuals may be self-employed individuals, for instance, private sector doctors or taxi drivers. However, the SAR government is still processing a detailed plan to make use of the community relief fund, and more public opinion will be needed as well, suggests Chan.
Earlier this week, the government decided on the creation of the fund, which will be managed and distributed via the Macao Foundation.
The government said that the fund comes as an emergency response in light of the enforcement of stricter border controls adopted by Hong Kong as well as Guangdong Province.
Meanwhile, next Tuesday, government representatives will meet with the committee to discuss the budget in more detail. Lawmakers want government answers on the Industrial and Commercial Development Fund, including answers for how the government will help local SMEs access more business and operational improvements.
The government should also explain the budget for the cultural and film industry.
The budget provides 37 million patacas for the SAR government to help local film and art production. The SAR government plans to help entities within these sectors pay rent, as well as encourage them to make more promotional films for the local government to use to attract overseas tourists in the future.
However, the committee members doubted whether it is the right time for these sectors to shoot films amid the Covid-19 pandemic.