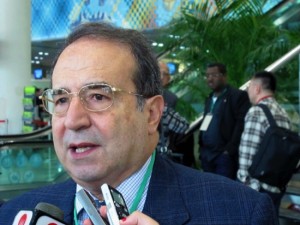 The president of the Macau Lawyers Association (AAM), Jorge Neto Valente, has raised concerns over legal aid cases, in which legal aid lawyers have not been paid for their services, Radio Macau reported.
Mr Neto Valente was speaking at a press conference to announce the upcoming activity program for Lawyers’ Day.
Macau’s legal system includes a legal aid service, which entitles a defendant to be represented by a legal aid lawyer. The lawyers will then be paid professional fees accordingly. However, Mr Neto Valente said that different interpretations of the law by judges have resulted in losses for legal aid lawyers.
According to Mr Valente, the issue arose after an amendment to the law was introduced. The law now does not clearly state that the city’s courts have to ensure the payment of professional fees to legal aid lawyers. Nevertheless, the law stipulates that lawyers who are required to provide legal aid service are always entitled to a payment for their services.
“Due to an interpretation of the law, with which we do not agree, there were courts that decided not to pay legal aid lawyers when people who they were represented were acquitted, and they did not have to pay court fees. Or when people disappeared without paying and legal aid lawyers would not be paid their professional fees,” he recalled, as quoted by Radio Macau.
AAM’s president stated that recently the Court of Second Instance ruled in favor of a legal aid lawyer who had not been paid. “The court ruled that in all cases in which there are professional fees to be paid and people who are required to pay them do not do so, then it’s the office of the Court of Final Appeal which has to pay [the lawyer’s services],” he said.
Mr Neto Valente recalled that this is one of the major challenges with which the association has been dealing.
Lawyers’ Day is commemorated here between tomorrow and Sunday. A series of activities will be held to provide further information to Macau citizens on the legal profession. Free legal advice sessions will also be provided at the Macau tourist office facilities in Senado Square. CP