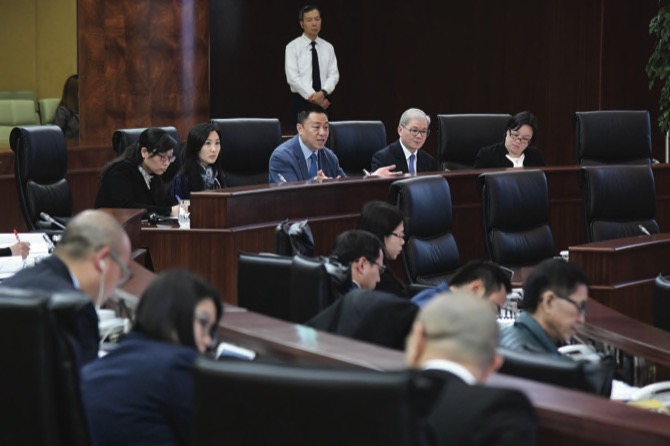 Yesterday, the Law of Employment Agency Activity was passed with 30 votes in favor at the Legislative Assembly. The law comes in response to the worries of many lawmakers over tourists independently seeking jobs when they are traveling in Macau.

The law proposed that an employment agency should charge a maximum of 50 percent of the monthly salary of a job seeker (later referred to as an employee) as a service fee. The service fee should be collected within 60 days from the date that the employee commences work.

The law also bans employment agencies from providing services to those who live in Macau but are not Macau residents, further proposing fines against agencies that engage in illegal conduct.

Many lawmakers, including Leong Sun Iok, Lei Cheng I, and Song Pek Kei, want the government to explain how it can prevent tourists from applying for a job when they are traveling in Macau.

Song suggested that the government should merge this law with other laws concerning non-local employees.

Chan Iek Lap proposed that employment agencies should charge fees to workers earlier, not 60 days after they start working as is currently being done.

Equally, Ho Ion Sang thinks that the law “cannot solve the problem thoroughly.” In his opinion, the law will only reduce the number of possibilities for non-local employees to change jobs; it will not diminish the recruitment of non-locals. He also wondered whether domestic helpers will be hired through employment agencies.

The Secretary for Economy and Finance, Lionel Leong, admitted that this law will not ensure all situations can be prevented or solved.

“Problems cannot be stopped thoroughly through this law, nor can they be solved entirely,” declared Leong.

The Deputy Director of the Labour Affairs Bureau (DSAL), Ng Wai Han, said “[we] have considered the situation regarding tourists who seek jobs in Macau but that is an issue that involves the amendment of non-local workers employment laws, and it will only be considered when such an amendment is done.”

Kou Hoi In believes that currently, employers can only hire employees by selecting them from online profiles. He further questioned that if candidates cannot even afford to visit Macau, surely they would not be able to attend an interview.

In light of Kou’s opinion, local employers are unable to hire an employee under the aforementioned situation.

Secretary Leong, when replying to the lawmakers, reaffirmed that matters related to the recruiting of non-local employees are regulated by other laws, but that the government will listen to the lawmakers’ opinions when it comes to law amendments.