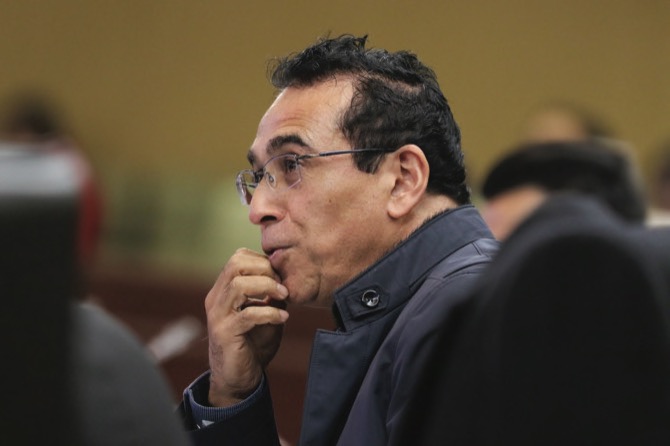 Speaking to the Times after the voting, Coutinho expressed a positive feeling on the outcome despite the bill’s defeat. He noted that this time the bill had gathered a total of 13 votes in favor, one more than the last time it was brought to a vote at the plenary in October 2017.

According to Coutinho, the result would have been better if some lawmakers, who always say that they protect and support their workers, voted in favor instead of against. Coutinho was referring specifically to Angela Leong.

In fact, Leong performed the stunt of the day in the plenary session voting against the proposal of Coutinho although expressing her opinion in favor of both the bill’s primary backer, and also of lawmaker Sulu Sou, one of the most active of the proponents during the debate that followed the proposal’s presentation.

Besides the democratic wing, the lawmakers connected with the Macao Federation of Trade Unions also supported the bill, with Ella Lei and Leong Sun Iok coming forward in favor.

“I support it,” said Lei. “We need to protect the rights of the workers and of collective negotiation. We must have a law to implement all this.”

“Why is the government dragging this law? I don’t understand,” she said.

As for Leong, he also recalled the nine previous unsuccessful attempts to pass such a bill. The lawmaker said that measures said to be enforced by the government to help on the labor disputes have not been implemented.

Furthermore, according to official data, “there were 2,143 [labor] conflicts in 2017 that resulted in fines of over MOP10 million. This means that conflicts did not stop existing and that workers continued to have a weaker negotiation position.”

“People are afraid of complaining and being punished,” added Leong. “The [approval] of a trade union law can delegate the power to the associations to take care of these matters and release the workers from such burden.”

Leong, made once more use of the statistics to show that a large percentage of the active population of Macau are employed in conditions of few or even no negotiation power.

“More than half of our population are employed by the big corporations with no capacity to negotiate anything with their employers,” the lawmaker said.

Leong said he was disappointed with the fact that government has never taken the initiative to propose the creation of such a law itself.

As for lawmaker Sulu Sou, he took the opportunity to reaffirm the need for more “of these” initiatives by lawmakers, “namely on topics where the government has been lagging behind or failing to address.”

According to Sou, on previous occasions the director of the Labor Affairs Bureau “spoke only half-truths when saying that people can legally create associations and that this already grants them protection.”

“This is not true and we know that to create associations even with the name of ‘trade union’ does not change the legal powers of such association,” he said, recalling that in many difficult cases lawmakers have been called as substitutes for proper institutions to deal with severe labor disputes.

Sou also suggested that the historical arguments against the creation of such a law have been lacking – among them fear for the economic situation of the Macau SAR and arguments to the effect of it not being “the right time.”

Making reference to the case of former Prosecutor-General Ho Chio Meng, Coutinho argued that there was a need for a “whistleblower” system, that protects people with knowledge about illegal activity to be able to report it without fear of reprisal.

Those in favor of the bill were vocal during yesterday’s debate in contrast to the near silence of those against.

The lack of participation from the opposing party even prompted Sou to comment at one point that it “looks like there are no lawmakers against this. We have been debating and I saw nobody intervening with a position against.”

But the opposition finally perked up when it came to the voting procedure, with some lawmakers expressing their positions during the vote declarations.

“We already have several institutions that protect the citizens,” said Ma Chi Seng, adding that he must disapprove of such a bill “because it was not subjected to public consultation.”

Vong Hin Fai justified his vote against with uncertainties overs its legality and “compliance with the basic law,” reaffirming as on previous occasions that the creation of new laws should be by the sole initiative of the government.

Lawmaker Sulu Sou’s proposal for an amendment to the Chief Executive Election Law that would prevent such elections from being held without at least two candidates was addressed yesterday during the plenary session.

The proposal was previously rejected by both the president of the Legislative Assembly (AL) and the Executive Board of the AL. It was considered during the plenary session only on the lawmaker’s appeal of the board deicison.

The idea gathered the support of four out of the 30 lawmakers voting, namely democrats Sou, José Pereira Coutinho, Ng Kuok Cheong, and Au Kam San. All the others voted against the proposal.

According to Sou, “my project aims only to break the monologue in the elections and widen the Macau political space,” an idea immediately refuted by the representative of the Board of the AL, lawmaker Kou Ho In.

Kou explained why the project was refused by the president first and then by the board, saying that to enforce a “limitation” in the number of candidates would be akin to a “change in the political structure” and that type of mandate “is reserved exclusively for the government.”

After the voting crushed the pretentions of Sou, fellow democrat lawmakers Ng and Au explained that they had voted in favor in order to prompt the advance of Macau’s political system and prevent “a regression in the system.” RM