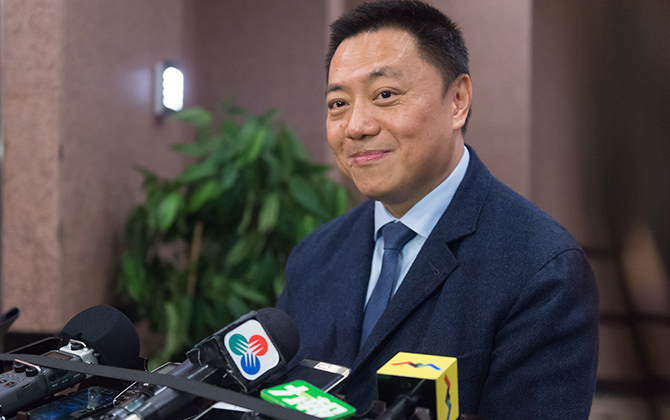 Secretary for Economy and Finance Lionel Leong said yesterday that the government “will analyze various options – including the possibility of amendment to terms and conditions – regarding any refreshment of gaming rights for Macau’s current gaming concessions and sub-concessions.”

The concessions and sub-concessions of the six current gaming operators will expire on various dates between 2020 and 2022. They may be extended exceptionally by the Chief Executive in increments of time to a maximum of five extra years. After that, a new concession process must take place.

Leong said yesterday that the government needed to “cautiously assess such matters” due to the significant role of the gaming industry in Macau’s economy.

Nevertheless, the relevant authorities would also need to consider how to best further the diversification of tourism offerings in the city, with a focus on non-gaming activities.

Almost a year on since the gaming recovery began, Leong said that authorities will need to wait until the peak summer travel season of this month and next to fully understand the health of the industry.

In June, gross gaming revenues reached almost MOP20 billion, up 25.9 percent compared with the same month in the previous year due to a low base of comparison. For the first six months of 2017, gaming revenues are up 17.2 percent against the first half of 2016.

According to a statement released by the Government Information Bureau, Leong said that the exports of other tourism services in the first quarter of this year grew by more than 20 percent year-on-year, indicating that the economy was not merely driven by gaming revenues.

According to the 2016 Population By-census, around 21.2 percent of the city’s workforce are employed by the gaming and junket sector. Moreover, despite the gaming recession, the industry remains the largest in Macau, accounting for a significant share of the government’s revenue.

Leong steps down as NPE delegate

Lionel Leong said yesterday that he will not seek a third term as a delegate of the National People’s Congress. Instead, he will focus on his role as the government’s foremost economy official. The city is now compiling a commission to select 12 representatives of the MSAR to join the NPC. After resigning as a delegate, Leong delivered his notice yesterday to join the Macau commission. The commission is a body of around 500 electors, mainly composed of interest groups and those that elect the chief executive, that will choose the territory’s NPC representatives.