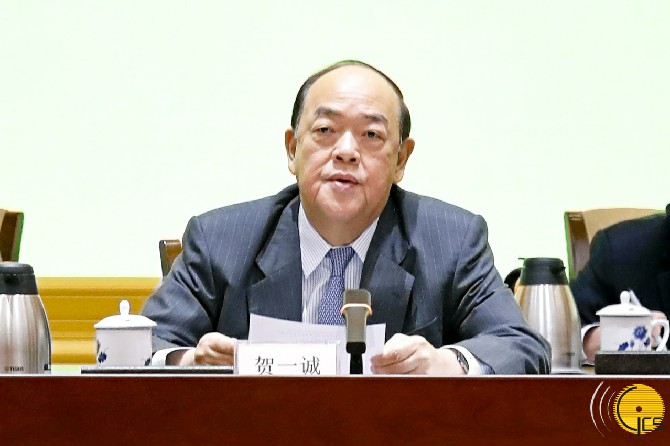 Chief Executive Ho Iat Seng will attend the opening of the fourth session of the 13th National People’s Congress (NPC) in Beijing tomorrow. In addition to Ho, many more Macau elites are also visiting Beijing for the NPC, as well as the annual Chinese People’s Political Consultative Conference (CPPCC).
During Ho’s absence, the Secretary for Administration and Justice, André Cheong Weng Chon, will take on the role of Acting Chief Executive.
The CPPCC and the NPC will take place in Beijing today and tomorrow, respectively.
Last year, Beijing delayed its annual parliamentary meeting as authorities struggled to contain the Covid-19 outbreak – the first time it had been deferred in decades.
The meetings were then held later on in May 2020.
Meanwhile, many of Macau’s elites who are set to attend the conferences have already expressed that their focus is on how Macau will integrate into the 14th Five-Year Plan, as well as the Guangdong-Hong Kong-Macau Greater Bay Area.
Several Macau delegates have taken the inactivated Covid-19 vaccine in light of taking part in the proceedings, prior to the arrival of Sinovac vaccines in the city. These delegates received their jabs in Zhuhai.

Delegates bid to boost GBA relations
Chui Sai Peng, a Macau delegate of the NPC who is also a lawmaker, stated that, for his visit to Beijing, in addition to reflecting upon the results of Macau’s pandemic prevention measures, he is also considering putting forward suggestions for the recovery of Macau’s tourism.
Chui is also attaching importance to Macau’s participation in the 14th Five-Year Plan of mainland China as well as the specific future of the in-depth cooperation and development of the Hengqin-Macau and Guangdong-Macau relationships.
Ng Siu Lai, Macau delegate at NPC and director of the General Union of Neighborhood Association of Macau, is concerned about the measures that make it convenient for Macau residents to live in the Greater Bay Area.
Leong Lai, Macau delegate at CPPCC, wishes to discuss topics related to youth patriotic education.
Another CPPCC Macau delegate concerned about the Greater Bay Area integration is Cham Kam Meng. He expressed that the master plan of the Greater Bay Area had already been launched two years ago. He is concerned about how Macau will integrate into the country’s future development, including the development of “characteristic finance” or “special finance” and the health industries.
Chong Sio Kin, member of CPPCC and chairman of the Macau General Association of Real Estate, thinks that the modern financial industry is an important breakthrough channel if Macau wishes to diversify its economy. Chong proposes that, in the area between Hengqin and the campus of the University of Macau, the country could establish a financial center managed by Macau’s law, so that Macau and Hengqin mutually benefit from each other’s advantages, in turn promoting the development of the Greater Bay Area.