Light rail incident reports to be managed by operating firm 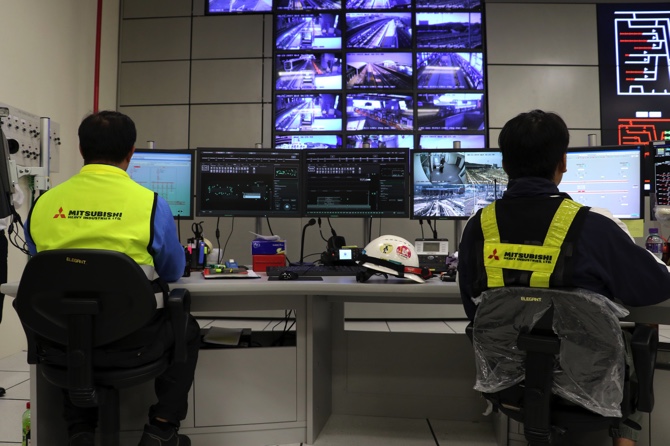 Wong’s comments come after several public entities were criticized for the manner in which they released information on three minor incidents on the LRT last month.

The Light Rapid Transit began operating on December 10 last year. In that same month, the system recorded three minor incidents, with the third one causing the service to be suspended for one and a half hours on December 29 due to an electricity supply malfunction.

During the service suspension period on December 29, the Fire Services Bureau (HB) was called to assist an elderly passenger.

However, neither the HB nor the LRT company informed the media about this incident.

Wong explained that he was not in Macau that day and that he had instructed his subordinates to answer the media’s questions about the incident.

After this incident, Wong noted that the HB acknowledged the flaws in how it reported the case and that it had already made improvements.

The security authority head added that the HB receives approximately 120 calls daily regarding similar cases. If the HB reported all these cases to the media, it would require much more manpower and material resources, making it not feasible for such reporting to take place.

However, the plan to have the LRT operating company largely responsible for dispensing such information – as opposed to the HB – will hurt the government’s credibility, according to one local commentator.

In his interview with local Chinese newspaper Macao Daily News, local commentator Johnson Ian suggested that a uniform release by the LRT Company would give an implication to the society that government is hiding something. He thinks it is not worth damaging the image of the government.

Ian said that the HB has previously notified the media about less severe problems, such as those occurring in elevators in which nobody was injured.

As the notification mechanism is a symbol of trust between the government and the people, the change to have the HB no longer report such incidents will hurt the government’s image.

The most worrying point for Ian is that it can become a widespread practice in the government. He worries that this will set a precedent and that the HB will stop issuing releases about other incidents in future.

The security secretariat will enhance inspections in various locations to ensure safety and security during the holiday season. It will also conduct more promotional campaigns regarding crime prevention aimed at non-local workers and university students. Julie Zhu & Anthony Lam