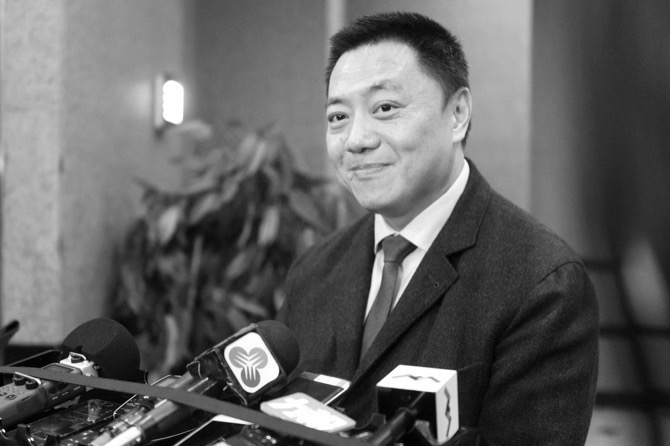 A mid widespread speculation that he will run for the top post in Macau, Secretary for Economy and Finance Lionel Leong has headed a delegation to Beijing to be received by Zhang Xiaoming, Director of the Hong Kong and Macau Affairs Office of the State Council.

The main purpose of Leong’s visit is to “conduct in-depth communication with the various departments and committees concerned with regard to such areas as strengthening cooperation, progressing Macau’s development of financial services, and building the China-Lusophone platform,” according to a statement from the government.

Speaking with Zhang, the secretary noted that the SAR government has commenced work in all directions to fulfill the Central Government’s instruction of a diversified economy for Macau, and to encourage all locals to take roles in the development of the Greater Bay Area.

Leong suggested that Macau citizens can get a greater sense of achievement by participating in the Bay Area initiative, according to the statement.

Leong also reported to the national official that preliminary economic diversification is already underway. Progress of work in the areas of local talent development and the Guangdong-Macau Cooperation Park in Hengqin were among the topics discussed during the meeting.

Zhang agreed that such work aligned with the overall instructions by the Central Government, according to the statement. Staff reporter