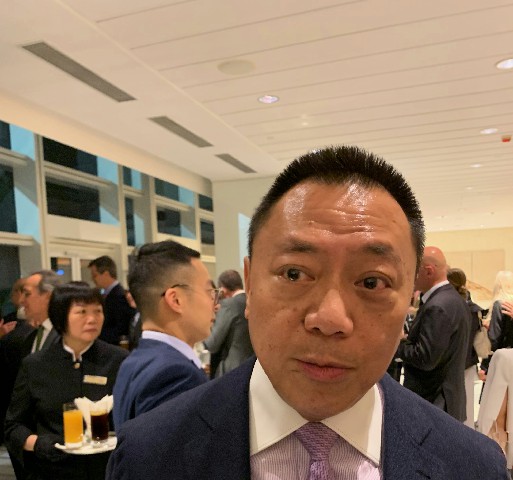 Outgoing Secretary for Economy and Finance Lionel Leong said yesterday that if his successor puts the needs of the people first then “everything will be on the right track.”
“I have a lot of confidence in the newly-appointed government,” said Secretary Leong. “I am sure they will secure the best for the sake of Macau and the interests of the country.”
When asked by the Times what advice he would offer to his successor as Secretary for Economy and Finance, Lei Wai Nong, Leong said, “as long as they know their job; as long as they understand the needs of Macau; as long as they understand the needs of the people, everything will be on the right track. But it needs to be people-based.”
The advice echoed comments made by Lei earlier yesterday, who promised at a special press conference that “serving the public interest” would be the cornerstone of his approach to the gaming license retender process, especially since the sector involves the interests of many people.
Unlike Secretary Leong, who was predominantly a businessman before entering politics, Lei has spent most of his career inside the government, having joined the public service in 1992. His designation yesterday as economy chief, the second-most senior among the five principal secretaries, was taken by many as a surprise.
Speaking on the sidelines of a cocktail reception to celebrate the sixth anniversary of the establishment of the Macau European Chamber of Commerce, Leong said that he had no regrets from his time as a policy secretary.
“I am always looking forward,” said Leong. “I only look back to see if I must readjust myself to do things better in the future. But I don’t call these regrets; I call it the learning path.”
In looking to the future, Leong was also asked about his plans after he steps down in December.
The outgoing secretary said that, according to the law, he will need to acquire permission from the next Chief Executive before taking up post-government work within next two years. But he hinted that there were other interests that might keep him occupied.
“Right now, I don’t have any plans [for the future],” admitted Leong. “I have been studying for my PhD physics degree, which I haven’t finished yet. I hope I can settle down and think about the content of my thesis.”

The Macau European Chamber of Commerce (MECC) celebrated its sixth anniversary last night at a cocktail reception held at MGM Macau, inviting distinguished guests from Macau’s European and Europhile community. Since its establishment, the Chamber has facilitated relations between Macau and the European Union, counting on the participation of several national chambers of commerce. “Tonight we celebrate our achievements and look forward to the opportunities that lie ahead,” said ambassador Carmen Cano, Head of the EU Office to Hong Kong and Macau, according to prepared statements, promising that although “our European companies are already very active in a wide range of sectors of the economy, we can bring additional European know-how, business ideas and economic strategies to Macau.”