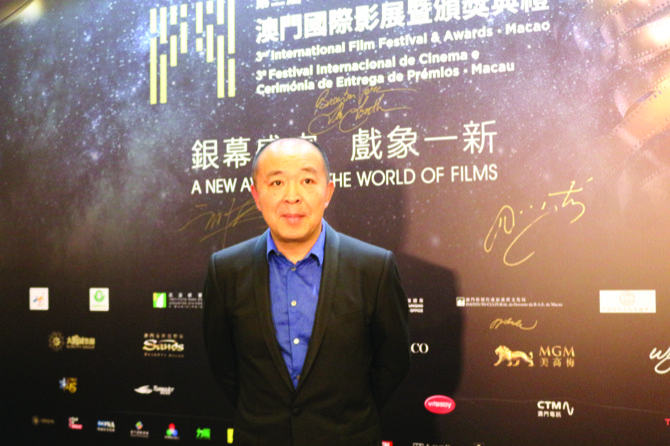 His movie, which is a part of the New Chinese Cinema category, tackles the disturbing issue of how disabled children are frequently abandoned in China.

The film tells the story of how a cleaner at a local children’s hospital encounters a baby born with the same congenital defects she herself suffered from as a child. Faced with a barrage of high-risk operations, the father decides to refuse treatment and take the baby home with him, condemning his daughter to certain death.

“It is a movie that is not too entertaining,” said Liu to the press during the red carpet event this week at the Macau Tower.

“I surely hope that people can see a place through a movie, and can see the structure of a society. We included such an incident in the movie and maybe [we want to see] what everybody’s reaction is, and how the government is doing, and how hospital operations [in mainland China are],” the filmmaker added.

According to Liu, the film could be compared a documentary, due to its authenticity.

The Chinese director has received awards from different film festivals, including his movie “Courthouse on Horseback,” which won the Orrizonti Award at the 63rd Venice International Film Festival.