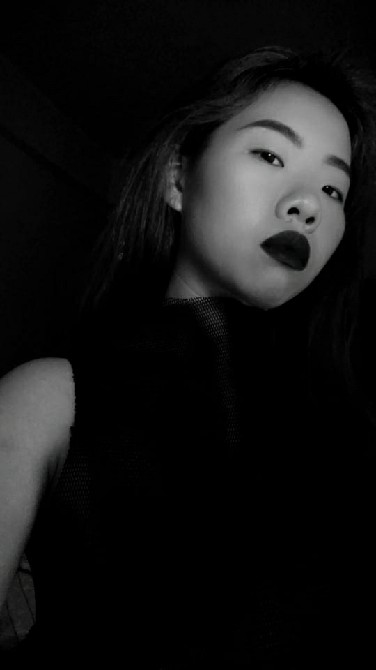 Macau makeup artist Mandy Cheuk has won this year’s prestigious World Bodypainting Festival (WBF) in the category of Special Award – Rich Smokey Make-up.
Cheuk, who has been working in Macau in the field of makeup and bodypainting for over eight years, won the highest award of this new category in this year’s WBF, which was temporarily halted by the Covid-19 pandemic.
In an exclusive interview to the Times, Cheuk expressed her joy and surprise at the achievement, which she described as a “dream come true.”
“I was so surprised and so happy because this year is [still] a pandemic year and the competition was [once again] held online. This brought a lot of more competitors from all over the world. I think there were around 400-something competitors this year. So, for me, it was quite a surprise to get this award since there were so many people participating. It was very challenging,” Cheuk said to the Times.
This was the third time that the artist participated in the international event, which is hosted annually in Austria. It was her second attempt running on her own.
“Four years ago, I went there for the second time but it was my first time running on my own. In theory, this is my second time participating in this competition,” she said. She added that it was her first time participating in the event with her teacher and mentor Karen Yiu, that opened her eyes to the world of bodypainting.
“She [Yiu] was the one going to Austria to this competition, nine years ago. There, I finally saw how big the world is. I saw so many good artists and concepts – it was amazing for me. After that first event, I decided that I wanted to go back in the future and join the competition myself. I worked hard on my skills to do so,” Cheuk explained. She added that the category of “rich smokey make-up” was new this year and had an open theme.
“Since this category is a new one, the organizers this year did not establish a mandatory theme to be followed. That gave me more liberty to create something on my own. There are several things you need to think about besides the make-up itself – like the styling and how you will present it. It was quite challenging.”
According to official information from the organizers, 455 artists from 48 nationalities in 17 different time zones took part in the competition this year. 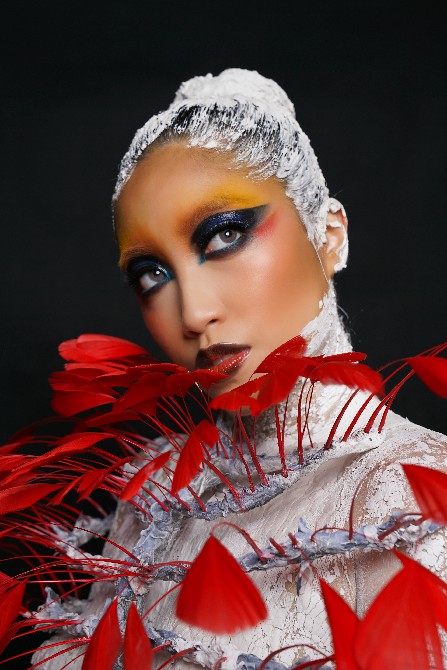 Macau was ‘very important’ to my path
Having worked in Macau for over eight years, primarily at creative company Franco Dragone Entertainment Group, Cheuk says that her career in Macau has contributed significantly to the development of her path in the industry.
“I had been working in Macau for over eight years already and after I started working here, I met a lot of people who were doing shows and events. Since they knew I was knowledgeable in bodypainting and makeup, they always boosted me up to bring Macau more into the spotlight of this industry and add some energy to it,” she said. “I am very thankful for all my friends here who contributed a lot to this achievement, from the model (Tina Kan) to the lighting person (Jin Lao), the photographer (Rose Cheong), and everyone else involved. They were relentless in helping me out with the setup and everything else that was needed so the presentation would go successfully. They are local people and they are all very talented. Most of them are working in the local film industry. Some are quite young and new to the industry but they are really good and supportive.”
“Even during the competition, I thought only team and I were watching what was going on, but later when the judges were giving the final awards, I realized that there were a lot of friends here in Macau who were also watching the competition online. They all congratulated me as soon as the results came out.”

Award with a last-minute scare
Although a good team was put together to participate in the WBF, winning the final award did not come easily, Cheuk revealed.
A last-minute scare contributed even more pressure and adrenaline to the competitive process.
“I was planning everything in detail because my first competition was on July 19. Then one of my photographers got sick and he could not help me. This happened on the 18th, so I just started calling my friends to help me. Eventually, even though the original photographer could not join, he let me use his studio and equipment. One of the girls, who is the photographer’s sister, also helped a lot. They were very quick and efficient.”
She explained that although the competition is held online, there are rules in place to ensure that regulations are followed.
All the competitors must start at a given time. During the competition, several photos need to be sent to mark the time, beginning with an initial photograph of the models without make-up.
“From then, we have a time limit of two hours to complete the make-up. We also have to submit photos of several stages at given times so the jury can be up-to-date at all times with our progress until the end of the competition when the final work is presented,” the artist explained.