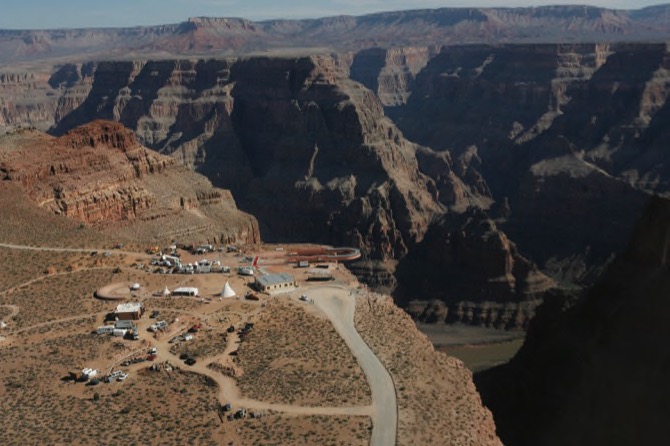 A local resident visiting an Arizona State attraction in the U.S., the Grand Canyon, has died after falling from a height of 305 meters while attempting to take photographs near the rim at Eagle Point, a popular tourist destination, agencies and local media reported over the weekend.

The 50-year-old male was initially reported as a tourist from Hong Kong, as the man was part of a tour group originating in the neighboring region. However, he was later confirmed by the Chinese Consulate in Los Angeles as a Macau resident.

A spokesperson for the national park said that a helicopter recovered the body of the man from about 300 meters below the rim. His identity has not been released.

“The Chinese Consulate General in Los Angeles expressed deep regret over the death of the tourist and will provide necessary assistance in the aftermath,” a spokesperson from the Consulate was quoted saying by Xinhua news agency.

Contacted by the Times, the Tourism Crisis Management Office (GGCT) confirmed that man is in fact a local resident, “who participated in a tour from Hong Kong and passed away in the USA.”

“All parties involved in the case are duly informed of what happened. The GGCT has provided the family with the necessary information about the visa application for travel to the U.S. and is assisting them [with] it.”

According to the information provided by the same government department, “the Macau resident had acquired travel insurance, which will provide coverage according to the terms of the trip.”

Facts ascertained by the American authorities say that the tourist slipped and fell to his death from a lookout while taking pictures, leading the authorities to immediately deploy a helicopter, which located the man’s body at the bottom of the canyon and transported the body to the nearest hospital.

Eagle Point is a remote site on the Grand Canyon, known for the Skywalk, a horse-shoe shaped glass bridge that juts out from the canyon wall and allows the best views over the canyon carved by the Colorado River.

Previously, the Chinese consulate general in Los Angeles has issued warnings to all Chinese citizens to be aware of security risks while travelling in Arizona, including traffic accidents, severe heat, drought and bush fires.