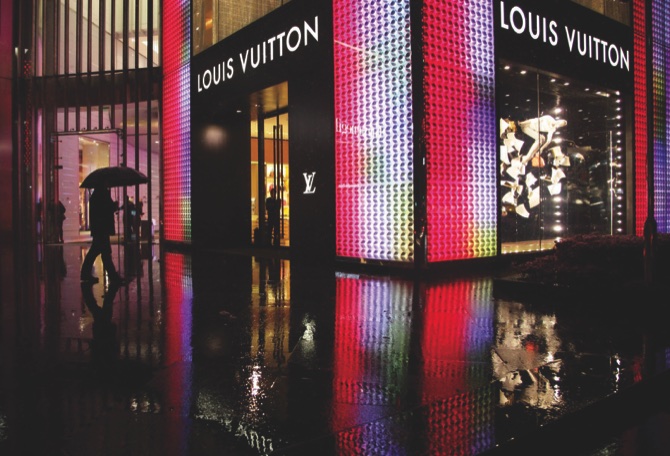 Louis Vuitton has launched an e-commerce service in China, seeking to capitalize on a rebound in the world’s largest luxury-goods market, where online sales have been dominated by local Internet giants.

The site will let customers buy Louis Vuitton leather goods, shoes, accessories, watches, jewelry, luggage and perfume, the LVMH- owned brand said in a statement Friday. The site will cover 12 cities, including Beijing and Shanghai, with others to be added later.

China is driving a rebound in luxury sales after a multi-year downturn prompted by a crackdown on corruption, with LVMH, Hermes International, Kering SA and others reporting strong gains this year. Louis Vuitton began selling online in France in 2005 and has expanded to 11 countries, after the Chinese site went live Thursday.

E-commerce in China has been dominated by local operators such as Alibaba Group Holding Ltd. and JD.com Inc. Louis Vuitton said customers will be able to use Alibaba’s Alipay and Tencent Holdings Ltd.’s WeChat online payment mechanisms on its site.

While China has fueled the fashion industry’s growth and Chinese consumers have lined up outside Louis Vuitton stores around the world to buy the French brand’s suitcases and leather goods, online luxury sales in China have been slower to develop as brands seek to maintain exclusivity. Now competition is heating up, with JD.com in June buying a USD397 million stake in London- based online fashion retailer Farfetch and Gucci launching its own Chinese e-commerce site this month. Robert Williams, Bloomberg