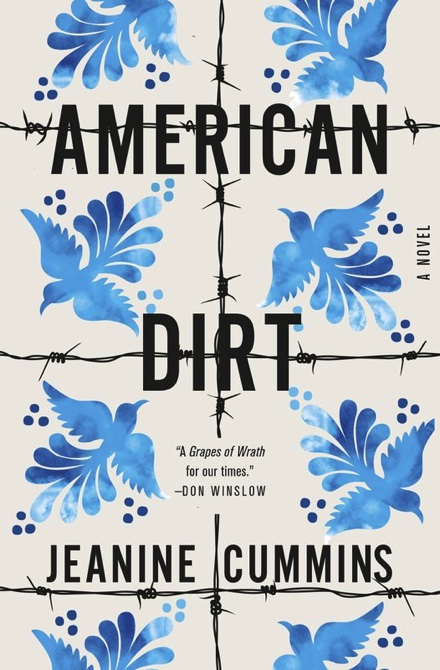 In her beautiful, suspenseful and timely new novel “American Dirt,’’ Jeanine Cummins succeeds in taking migration — one of the central issues of our time — and bringing it down to human size. The story of one Mexican mother and her young son reminds us that migrants at the U.S.-Mexico border (and everywhere) are individuals driven by their own unique and desperate stories.

Like so many classic stories, “American Dirt’’ is about a journey, much of it on foot or riding precariously on top of freight trains. Along the way, we meet vibrant characters like the Honduran teenager Soledad, whose “calamitous beauty’’ is a constant danger to her, and Beto, the good-natured orphan who grew up in the garbage dumps of Tijuana.

We feel the sheer physical terror of jumping onto a moving train — with a child in tow — or walking at night in the cold, pitch-black desert.

The migrants contend with callousness as well as corruption. They are preyed upon by robbers and rapists, some wearing uniforms. Unlike many pop-culture narratives, this story keeps its eyes on the victims of organized crime, not its perpetrators. (Cummins explored the lasting effects of crime on victims in her 2004 non-fiction book “A Rip in Heaven,’’ about a deadly attack on her cousins.)

But along with cruelty and tragedy, Lydia and Luca encounter frequent and pivotal moments of kindness. The migrants are helped by people along their route, from priests and nuns to a doctor, a bank manager, a small-town woman tending her garden.

Even in this brutal, lawless world, Lydia reasons, “Newton’s third law can resonate … for every wickedness, there is an equal and opposite possibility of redemption.’’

Cummins has drawn some criticism for taking on this subject without being Mexican herself. But she clearly has done her research, and her characters struck this reader as relatable and human, not stereotypes.

In her old life, Lydia recalls, she had been aware of migrant caravans from Central America passing through Mexico “in the way comfortable people living stable lives are peripherally aware of destitution.’’ She would hear about these desperate people on the radio, say, while she made dinner. Her sympathy “had many parts: it was anger at the injustice, it was worry, compassion, helplessness. But in truth, it was a small feeling’’ quickly displaced by the hum of daily living. Julia Rubin, AP