Macau and HK graduates can compete for over 9,000 jobs in Guangdong 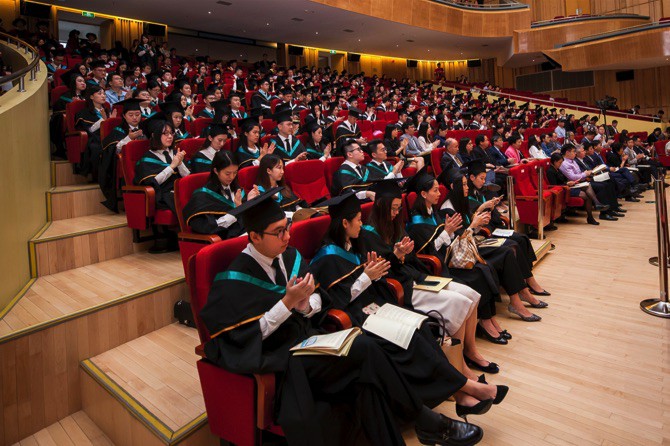 Fresh graduates from Hong Kong and Macau are able to apply for a total of 9,464 vacancies set aside in the Human Resources and Social Security Department of Guangdong Province.
These jobs are found across the nine mainland cities in the Great Bay Area (GBA): Guangzhou, Shenzhen, Zhuhai, Foshan, Huizhou, Dongguan, Zhongshan, Jiangmen, Zhaoqing.
The applications for the positions opened from July 19 and will remain open until July 21. Each applicant can only apply for one position.
By segment, the majority (or over 4,000) of the vacancies are related to the medical and health industries. Education positions totaled 2,450, while the other 398 are science and innovation-related jobs.
According to media outlet Wen Wei Po, Guangzhou offers the largest share of the jobs open to Hong Kong and Macau students, totaling 1,398, followed by 952 in Jiangmen, and 886 in Dongguan.
Applicants must meet a set of requirements before being deemed eligible for the application. For instance, they must comply with the Constitution of the People’s Republic of China and its regulations, uphold the leadership of the Communist Party of China, help safeguard the nation’s safety and unity, and more.
According to official data, the Guangdong Province offered 20,000 jobs in total to fresh graduates this year.
The 9,464 vacancies may come as a lifeline thrown to fresh graduates from both cities who are desperate to secure a job.
According to the latest statistics compiled by the Statistics and Census Service (DSEC), the unemployment rate among local residents in Macau stood at 4.1% from March to May, unchanged from the previous period between February and April.
During the three-month surveyed period, the proportion of new labor market entrants looking for their first jobs climbed by 0.9 percentage points to 6.5% of the total unemployed.
Several media sources have reported on the hardship faced by the city’s fresh graduates seeking a job during the pandemic.