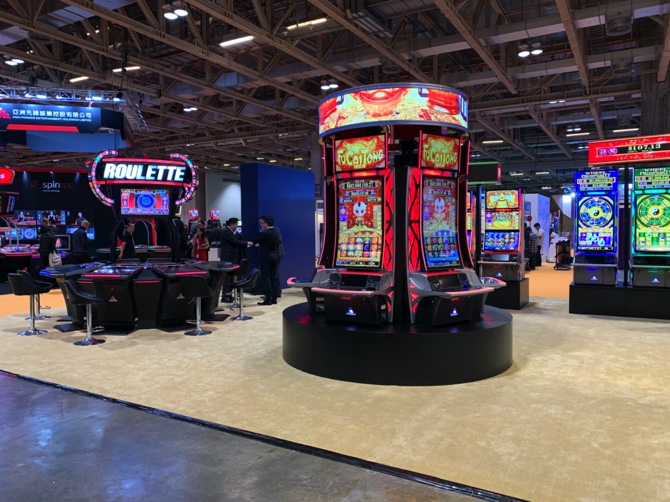 Paulo Martins Chan, head of the Gaming Coordination and Inspection Bureau, said yesterday at the MGS Entertainment Show that the bureau’s work in monitoring and supervising the gambling industry has received accreditation by world-class entities.

The gambling industry regulator made the comment at an entertainment expo yesterday. According to the regulator, in October 2019, Macau became the first territory in history to pass all criteria in an evaluation by the Asia/Pacific Group on money laundering.

In another evaluation conducted by a non-governmental organization, the International Masters of Gaming Law, Chan was accredited with the title of Asian Supervisor of the Year.

Chan stressed that in all these years, his bureau has regularly amended policies to adapt to the changing conditions of the city.

For example, early this year, the mainland administration issued a plan that stipulates the leading role of the Greater Bay Area, which includes the Macau SAR, in the nation’s economic development.

Chan pointed out that the Greater Bay Area will further foster exchange and communications with the cities in the area, particularly regarding the flow of people and goods. It will also bring new opportunities to Macau’s development as the World Centre of Tourism and Leisure, “The realization of the Greater Bay Area will bring more tourists to Macau,” said the regulator. He said that his bureau will keep following several principles of governance: “The bureau will maintain an optimal scale and appropriately regulate and supervise the industry, while facilitating sustainable development [of the industry].”

The aim of the bureau is to encourage orderly development of the gambling industry. Its aim is to make Macau an attractive city for tourists of all types.

Furthermore, Chan’s bureau has also stepped up its work in promoting responsible gambling, “so that tourists and residents will have an appropriate understanding and attitude towards gambling, so that they will have a leisure-filled experience in Macau,” explained Chan.

Such a policy requires casinos to play promotional videos distributed by the bureau on responsible gambling in their smoking enclosures. This policy has been in place starting January 1.

Chan thought the government’s work in combating gambling addictions had seen positive results, and he cited scientific research to support this view.

According to a study released in October by the University of Macau, the rate of problematic gambling among local residents has fallen from 2.5% in 2016 to 0.8% in 2019. This is the lowest, according to Chan, in all previous years.

“It also illustrated the effectiveness of the inputs in promoting responsible gambling by both the government and the casino operators,” reiterated Chan.

And by all places, Chan actually includes those outside of Macau. “From 2017, the bureau has been supporting local non-governmental organizations covering responsible gambling to hold seminars on the initiative in higher education institutions in five mainland cities,” advised the regulator.

In addition, the bureau has sent a delegation to Hong Kong to introduce Macau’s policies and regulations on responsible gambling to two counter-gambling addiction organizations. They were also familiarized with the “isolation” program for Hong Kong tourists, which is offered by the bureau.

The bureau has also required casinos to install metal detectors and conduct searches through bags at the entrances to casinos. Luggage has also been banned from the casino floor.

As for the prevention of illegal gambling activities, the bureau has held promotional activities and increased the frequency of spot checks to prevent any entities from operating illegal activities under the name of Macau concessionaires.

In terms of a legal framework, the law regulating casino intermediary practices has also been updated to protect the interests of tourists, residents and the industry.

“Organic integration of tourism and gambling industries is crucial to building Macau as a world tourism destination,” explained Chan. “The bureau has conducted rigorous reviews of applications for new gambling tables to safeguard the healthy development of the industry, which includes the continuous introduction of non-gambling elements in Macau.”

Corporate Social Responsibility is also a part of Chan’s job. “Concessionaires have constantly been encouraged to make room for local small to medium-size enterprises to run businesses in their resorts,” Chan explained.

At the beginning of his address, Chan pointed out that this year saw the 17th anniversary of the opening of the gambling industry in Macau. In 2002, the then-government, led by Edmund Ho, decided to open the market. The act attracted bidders from around the world.