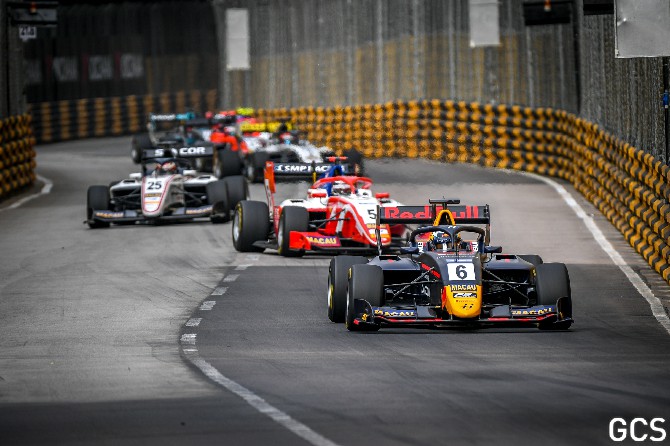 The Macau Grand Prix Organizing Committee (MGPOC) announced on Friday that it would drop the main headline race of the Grand Prix program, the Formula 3 race, from this year’s program.
This will be the first time since 1983 that the local Grand Prix will not have an F3 category race, which was seen in the past as the ultimate test for young drivers proving their readiness to compete in the Formula One World Championship.
At the press conference held by the MGPOC, the president of the Automobile General Association Macao-China (AAMC) and Coordinator of the Sports Subcommittee of MGPOC, Chong Coc Veng, announced that it would be impossible to retain the FIA F3 World Cup event due to the Covid-19 pandemic. The only international event has now been cut from the program in the same way that the FIA GT World Cup and FIA World Touring Car Cup (WTCR) were called off by organizers earlier in the year, as the Times first reported in late May.
The Times has learned from sources among the F3 teams that the reason this year’s event was canceled was the mandatory 14-day quarantine measures being enforced by the local government for all non-Chinese nationals.
The sources, which requested to remain anonymous, said “there was willingness for the majority of the teams to come to Macau,” which clashed with the “inflexible approach” of Macau authorities.
According to the teams, the event would be able to run if team members could present a valid negative nucleic acid test for Covid-19 and enter Macau. This would be followed by a “travel bubble” established between the circuit and the lodging facility, similarly to what happened during the season in Europe, which came to an end yesterday with Australian driver Oscar Piastri from Prema Team winning the championship title.
The Chinese Formula 4 series is lining up to replace the “Queen of Macau Races.” The Junior National series, which does not have a global championship, started in 2015 and mainly provides very young and inexperienced drivers a chance to start racing in open-wheel formula cars.
Most of the series’ rules and regulations aim to keep the costs of participation as low as possible. The regulating body of automobile racing established that cars competing in this category cannot cost over 30,000 euros (MOP284,000) and the cost of a full race season in Formula 4 also cannot exceed 100,000 euros (MOP946,000).
Similar regulations have been applied to the engine units, which cannot cost over 9,500 euros (MOP90,000) and must present durability of over 10,000 kilometers.
Currently, the Chinese F4 series uses very lightweight carbon fiber cars. These are designed and built by French racecar constructor Mygale and powered by a Chinese-made 2.0 turbo Geely G-Power JLD-4G20 engine, capable of delivering around 160 horsepower.
After several delays, the Chinese F4 championship is ready to start the season this weekend. The Zhuhai International Circuit will host the first four rounds of the series on September 19 and 20.
The cars and drivers will return to the track for another four rounds of the series on October 7 and 8.
The season finale of the series will now occur during the Macau GP weekend, with the last four rounds to play out in the streets of Macau’s Guia Circuit, presenting drivers and teams with a very important and different challenge.
In the initial calendar, which was presented by the series to drivers and teams at the start of this month, the four final rounds were still unconfirmed but would take place either in Macau or Ningbo, Zhejiang province.
The Ningbo International Circuit is also known for being the “home circuit” of car manufacturer Geely.
If Chinese F4 was to race at the Guia circuit, it would be the only the street racing event for junior single-seaters being held in 2020.

The program for the 67th Macau Grand Prix, which was presented last Friday by the Macau Grand Prix Organizing Committee (MGPOC), may not be finalized yet. The racing program will include “six to seven races,” the president of the Automobile General Association Macao-China (AAMC) and Coordinator of the Sports Subcommittee of MGPOC, Chong Coc Veng, said during his presentation of the competitions.
For the six events already confirmed, the Grand Prix will include the Formula Macau Grand Prix (F4), the Macau GT Cup, Macau Guia Race, Macau Motorcycle Grand Prix, Macau Touring Car Cup, and Greater Bay Area GT Cup.
The Macau GT Cup, which is being held to replace the FIA GT World Cup, will feature two different classes of race cars this year, the GT3 and GT4. This is part of a bid to increase the number of participants on the track, since the only participants eligible will come from the China GT and GT World Challenge Asia Championships, or will be local drivers with an eligible sports license for the series.
The Macau Guia Race will be represented by TCR Asia Series, as it has not been since 2017.
As the Times announced early last month, the FIA World Touring Car Cup (WTCR) event has been replaced by a round of the TCR Asia Series for cars with the same specifications.
In the press conference, Chong also indicated that local drivers and drivers included in other championships in the Asia-Pacific region for cars that meet TCR specifications, will be also eligible to participate in the event.
The 54th Macau Motorcycle Grand Prix seems to be a little more complicated, however. The event has been relying on European racers coming mostly from British Superbikes as well as the British and Irish Road Racing Championships, competitions which have mostly stopped due to the pandemic.
As a result, the MGPOC has decided to invite racers that were in last year’s competition. The MGPOC is uncertain about many will be available to join however, since contestants would have to undergo a 14-day mandatory quarantine on arrival.
For the remaining events, which mostly rely on local and regional drivers, the races will follow the same format as last year for the Macau Touring Car Cup and Greater Bay Area GT Cup.
The organizers also announced that given the pandemic, several backup plans have been prepared in case these arrangements fail and changes need to be made to the program.
The Motorcycle GP seems most at risk, as sources heard by the Times said that it is “not feasible” for most of teams and riders to come to Macau for a period of at least three consecutive weeks to comply with quarantine rules as well as prepare for the racing weekend. Renato Marques & Julie Zhu