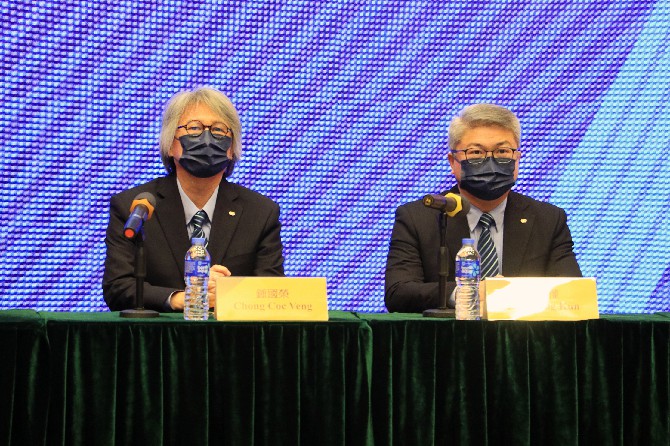 The 68th Macau Grand Prix, taking place next month, will be the first edition ever to include only drivers from the mainland, Macau, and Hong Kong, the president of Sports Bureau and coordinator of the Macau Grand Prix Organizing Committee (MGPOC), Pun Weng Kun, said yesterday on the sidelines of the press conference announcing the event.
According to Pun, the MGPOC has received requests from foreign racers expressing their will to participate in this year’s event. However, the MGPOC has declined these requests, recommending the drivers to wait one more year to rejoin the international event that will be only national this year.
“We received requests from several famous foreign drivers who have expressed the wish to participate from the event [this year] even if they had to undergo 21-days of quarantine. But we have declined those requests taking into account the difficulties regarding the [Covid-19] pandemic restrictions, but we hope to have them participating again next year,” Pun said.
The coordinator of the MGPOC also added that this year’s event budget will be around 170 million patacas, a figure that represents a drop of 32% when compared to last year when the budget for the also three-day event was 250 million patacas.
This year’s event will count on the participation of just around 100 drivers in a total of six different racing categories, one more than in 2020.
As the Times had reported early this month, this year the Grand Prix will have the addition of a special racing event from the Porsche Carrera Cup Asia (PCCA), named Porsche Carrera Cup Challenge, which will include a selected group of drivers who took part in the PCCA season.
The other five racing events will follow a similar program as in 2020, with the inclusion of the Formula 4 Grand Prix, Macau GT Cup, Guia Race for TCR specifications cars, Macau Touring Car Cup, and the Greater Bay Area GT Cup.

Only one NAT to participate in the event
Questioned further by the media on the sidelines of the press conference, Pun said that to comply with the pandemic prevention and control measures, all drivers, team members, as well as all staff from the MGPOC will undergo a nucleic acid test (NAT) before the event to ensure the safety of all participants.
Pun discarded the idea that MGPOC is calling for a compulsory vaccination (similar to what will happen for this year’s international marathon event taking place in early December), saying that currently over 85% of all drivers and staff members are already fully vaccinated, and it is naturally expected that this percentage will increase before the day of the event.
Nevertheless, he noted that all staff from MGPOC who will be working on the event are all expected to be vaccinated by then.