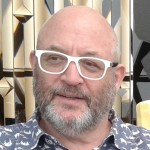 It has been observed all round the world that cities are substantially hotter than their surrounding countrysides; this is called the Urban Heat Island Effect, eg Central London is often up to 6o warmer than its surrounding counties. This effect is even more pronounced in densely populated hot climate cities such as Macau.

Cities consume a lot of electricity which eventually becomes waste heat, eg conventional air-conditioners are heat pumps that move heat from inside buildings to the outside air, as you can readily feel when you touch any outdoor air-conditioning compressor. Concrete buildings and asphalt roads are also very good sunlight absorbers and heat up during the day and release their stored heat overnight. Plants provide shade and naturally transpire water to cool the surrounding air, but cities  contain limited greenery and so this natural air-conditioning is limited within them. Finally, cities also often disrupt local wind patterns so that their stale, polluted air is not blown away – just think of Beijing during Summer.

Hotter cities cause several health problems. Simply being too hot can lead to heat stroke and heat exhaustion. Air pollution causes respiratory problems. Food and other wastes increase harmful bacteria and close people proximity means that diseases easily and quickly spread. Children and the elderly are more susceptible to all these problems.

Now 54% of humanity live in cities, and this is likely to grow to 60+% by 2030 so heat island problems are set to get worse. Luckily, there are several things that can be done to minimize city heat island effects.

In the long term the best approach is probably to legislate to ensure that all new buildings are very efficient and generate the least waste heat and provide the best living quality. Macau’s green building awards are a step in the right direction, but we need to go much further to mandate and not just promote building sustainability. Similarly, eliminating as many vehicles as possible and using electric vehicles as much as possible is also good (to reduce the pollution and waste heat that they cause). In Macau we need to do much more to pedestrianize the city and to ensure that public vehicles are electric.

In the short term we can also lighten the colors of building and land surfaces so that they reflect rather than absorb sunlight. For example, experiments are underway to paint asphalt roads white in Los Angeles and several other American cities and they have been shown to reduce nearby air temperatures by up to 5o. Calçada Portuguesa – Portuguese cobblestone – that we see in Macau is good for this purpose, and we should use it much more. Perhaps we could use Calçada to pave the roads we pedestrianize.

Another, excellent short term measure is to plant more greenery, and to encourage the development of “green roofs”, ie rooftop gardens. Toronto, for example, requires all new buildings with more than 2,000m2 of floor area to have rooftop gardens. The Chicago City Hall has a green roof and has been observed at night being 20o+ cooler than nearby buildings using thermal cameras. Macau has a good program of greening our city, but it needs to emphasize putting in more large shade trees and green roofs. Finally, several cities are legislating to create natural ventilation corridors through them. This frees up natural wind driven air movements to keep the city cool and blow away pollutants. Beijing authorities are aggressively following this approach.

I believe that Macau achieves a passing grade in reducing our local Urban Heat Island Effect, but there are several simple things we could be doing to “up our game”. Lets get to an A grade.