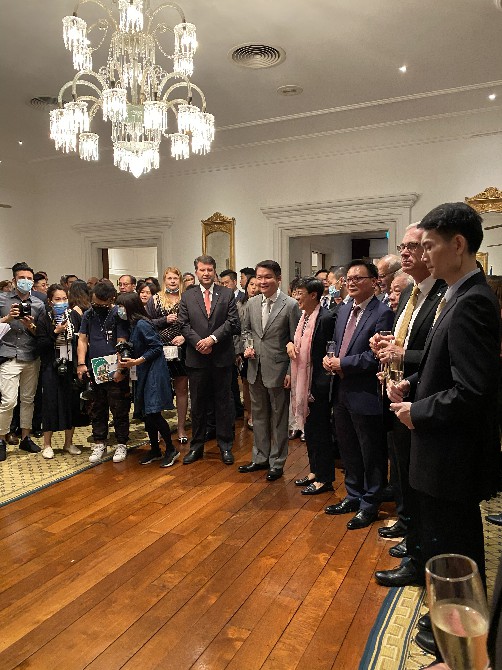 At a ceremonial event organized by the Macau European Chamber of Commerce (MECC) yesterday, the alliance’s members expressed confidence that the city is well-positioned for a steady economic recovery.
In his opening speech, Ambrose So, Honorary Chairman of MECC, regarded Macau as “a positive study worldwide.” He attributed the city’s quick recovery to the government’s “timely and strong measures to control, prevent and combat Covid-19.”
Those efficient measures included border closures to foreigners since March, a request to shut down the city’s hotels and casinos for two weeks in early February, and generous financial stimulus packages to help local businesses ride out the economic storm.
Thomas Gnocchi, Head of the EU Office to Hong Kong and Macau and Honorary Chairman of MECC, affirmed that ties between the EU and Macau have stayed strong despite the global economic downturn.
This is reflected in trading statistics. In 2020, the EU remains the second-largest trading partner of goods in Macau, just after China. Around one-fifth of the city’s total trade is with the EU, Gnocchi said in his pre-recorded speech.
“For the EU, Macau is a growing market and our bilateral trade consists almost entirely of exports of EU goods,” he adds.
Though bilateral trade slid somewhat this year owing to the pandemic, Gnocchi said he expects it will recover to pre-Covid-19 levels after the virus is kept in check.
MECC members also underlined the opportunities in the Greater Bay Area and pledged to take a central role in identifying business opportunities for European companies with a presence in the region.
The event, which commemorated the seventh anniversary of the MECC, was also attended by public officials including Lei Wai Nong, Secretary for Economy and Finance; Maria Helena De Senna Fernandes, Director of the Macao Government Tourism Office. Staff reporter