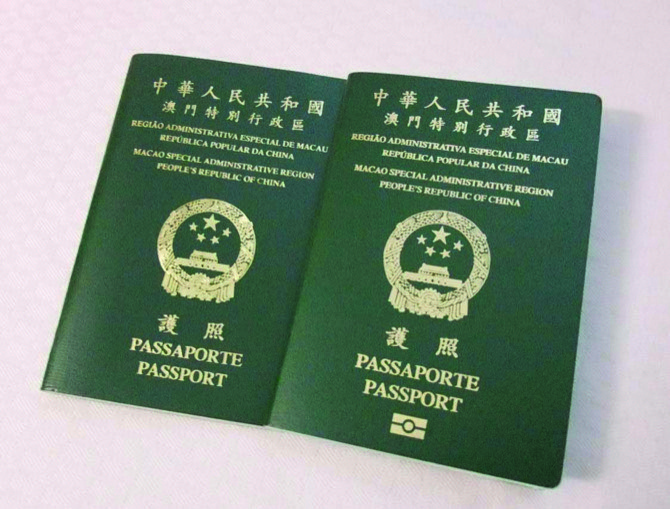 The Macau SAR passport was the 33rd most powerful passport in the Henley Passport Index, as analyzed by Henley & Partners, with passport holders allowed to visit a total of 141 destinations visa-free. The ranking is an improvement over its number 36 spot in the previous ranking during the second quarter of 2019.

Compiled by residence and citizenship-planning company Henley & Partners, the Henley Passport Index ranks all the world’s passports based on data from the International Air Transport Association (IATA) and the firm’s research department.

Arton Capital, another global financial advisory firm based in Canada, ranked the Macau passport as number 26 in the world, four places up compared to its December 2018 data.

According to Henley & Partners, Asia’s dominance on the most powerful passports list remains unfaltering, as Japan and Singapore retain a firm hold on first place in the Henley Passport Index.

The two passports offer access to 190 out of 227 destinations without needing a visa in advance.

With visa-free/visa-on-arrival scores of 188, Finland, Germany and South Korea remain in second place. Denmark, Italy and Luxembourg are in third place, with citizens of these countries now able to access 187 destinations without requiring a visa in advance.

Meanwhile, with scores of 184, the U.K. and U.S. remain in joint sixth place, the lowest position either country has held since 2010 and a significant drop from their first-place ranking in 2014.

For most of the index’s 14-year history, the top spot has been held by a European country or by the U.S.

However, according to U.S.-based Henley & Partners, this shifted dramatically in 2018, with Asian countries now firmly established as world leaders in both global economic activity and global mobility.

While positions on the index’s top 10 have remained relatively stable since the last update in July, Henley & Partners stated that there have been some striking shifts further down on the list, such as the United Arab Emirates, which climbed five places over the last three months after gaining visa-free access to a number of African countries.

Syria, Iraq and Afghanistan remain at the bottom of the list, with visa-free/visa-on-arrival scores of just 29, 27 and 25 respectively.

Furthermore, on Friday, the Identification Services Bureau (DSI) announced that Macau SAR passport holders would not require a visa to visit Barbados for a stay of up to 30 days.

Confirmation was received from the Ministry of Foreign Affairs and Foreign Trade of Barbados.

Based on the principle of reciprocity, the DSI said that the government was conducting follow-up procedures for visit exemptions for citizens of Barbados traveling to the Macau SAR.