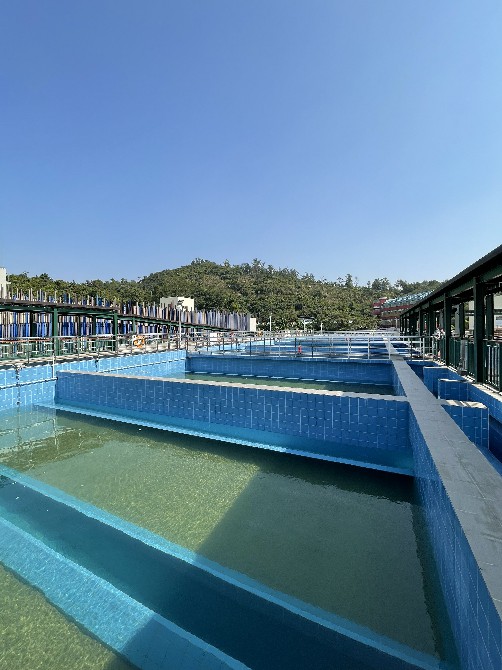 Expansion works will be carried out on two of the city’s four reservoirs to expand local water supply capacity from seven to 12 days, announced Wong Soi Man, director of the Marine and Water Bureau (DSAMA), on the sidelines of a private event yesterday.
The reservoirs to be expanded are the Ka-Hó Reservoir and the Seac Pai Van Reservoir.
While the city has been heavily reliant on water supplied from the north side of the border, a local supply capacity that can last for seven days has been retained in case of emergencies.
With this capacity, the city can survive for a week thanks to the four reservoirs even if no water is supplied to Macau for some reason.
In light of continued economic development and population growth, the need to expand some of the city’s reservoirs has been on the table. The focus for expansion has been set on the two aforementioned reservoirs.
Once the proposed expansions are complete, the city’s water storage capacity will be increased from 1.9 million cubic meters to 3.12 million cubic meters, providing five extra days of local water supply.
However, water consumption continues to rise. Nacky Kuan, the executive director of Macao Water, said at the same event that the company has recorded a slight rise in water consumption amid the gradual economic uptrend.
Compared year on year, the city’s water consumption levels in the first 10 months have risen 1%. Commercial water consumption has gone up 8% due to the rise in tourist arrivals and resumption of commercial activities.
At the same time, residential water consumption has dropped a single percentage point. Kuan attributed this decrease to the extension of the validity period for SARS-CoV-2 nucleic acid tests for border-crossing purposes, which has seen residents more likely to travel across the border.
Despite the overall rise in water consumption in the first 10 months, the figure is still down 7% from consumption levels in 2019, which were the highest the city has ever seen.
Kuan also said that the company had learned lessons from the severe Typhoon Hato, which brought devastating floods to the city, cut off power supplies and eventually brought the city to a halt for days. Without electricity, water pumps could not operate and no water was supplied.
As a result, Kuan confirmed that the company has chosen a higher location for building the Seac Pai Van plant so as to avoid, as much as possible, the same situation happening again.

Macao Water opens new plant at Seac Pai Van
The Macao Water Supply Company Limited (Macao Water) yesterday opened a new raw water treatment plant in Seac Pai Van.
Construction of the plant commenced in mid-2018 and took 32 months.
According to Macao Water, the Seac Pai Van Water Treatment Plant is connected with the Fourth Raw Water Pipeline to Macau and the distribution network, forming a complete public water supply system for raw water, water production and water transmission.
The completion of the new plant in Coloane has also ended Macau’s reliance on unidirectional water supply from north to south, forming a dual core water supply layout for the peninsula and the islands area, effectively enhancing the capacity of the water supply system in case of emergencies.
Steve Clark, CEO of SUEZ Asia and chairman of the Macao Water board of directors, used a video speech to express his gratitude to the Macau SAR government, the general public and the community for their support and trust, which he said was integral to the success of SUEZ’s integration with Macau’s social development over the past 30 years.