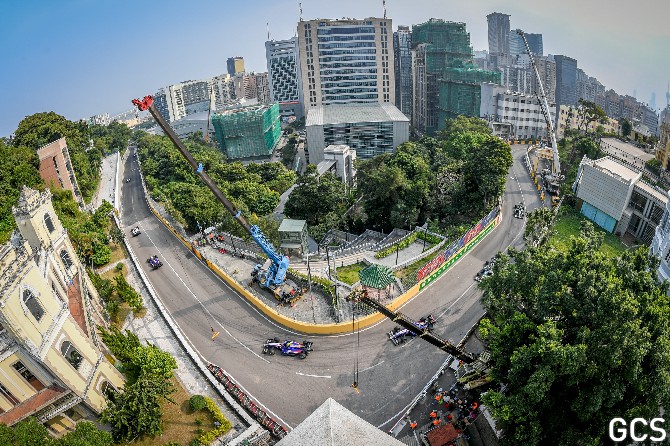 Rumors previously anticipated what several teams have now confirmed: the FIA Formula 3 World Cup will not be held this year as the season finale, but instead the F3 championship will run at least two or three events after the Guia Circuit.
The Times has learned from two racing teams included in this season’s paddock that the governing body of automobile motorsports decided during the latest meeting of the World Motor Sport Council that the FIA F3 World Cup in Macau, slated to take place in November this year, would proceed as part of a new tentative calendar for the FIA F3 Championship. The teams requested not to be identified as they are not authorized to speak to the media about the arrangements which have yet to be made public.
Already, three races from the season have been postponed: Sakhir in Qatar, Zandvoort in the Netherlands and Barcelona in Spain.
Besides the confirmation that the F3 race will move forward, the decision to host the event mid-season should imply that contrary to what happened last year, the event in Macau will only stage racers listed in the F3 Championship. In other words, it will not allow the participation of “single-race” drivers who usually take this opportunity to show off their skills and earn a seat on a team for the following season.
The 2020 F3 season paddock counts a total of 10 teams and 30 drivers, in which many famous names of the Guia Circuit are included. Among them is last year’s surprise winner Richard Verschoor, as well as 12 other participants from the 2019 edition, including Enzo Fittipaldi, Jake Hughes, Jack Doohan, Frederik Vesti, Max Fewtrell, Oliver Caldwell, David Schumacher, Logan Sargeant, and Sophia Flörsch.
Although the final version of the F3 season calendar has not yet been made public, the two racing teams contacted by the Times have confirmed that they have already been notified that a new season calendar will be announced soon.
The 2020 season had been initially scheduled to be running until the last weekend of September but was interrupted by the outbreak of the Covid-19 pandemic.
For the time being, the F3 Championship season is aiming to kick off on July 3-5 in Spielberg, Austria, in an event that will be held behind closed doors and with limited access to the media and team members to avoid crowding and the potential risk of transmission of Covid-19.
In a previous reply to the Times several weeks ago, the Macau Grand Prix Organizing Committee stated that the event, due to take place from November 19-22, was being organized according to the initial plans and without any delays or postponements to note.

The Macau Touring Car Cup, the most prized competition of the Macau Grand Prix among local and regional participants, will be held this year without the usual classification races, the Times has learned. According to information disclosed by race participants, the Macau Racing Festival will not be held this year. The Festival normally begins in May and comprises a series of competitions that are part of the local motorsports calendar and grant some racers entry to the Macau Grand Prix. Due to the impact of the novel coronavirus, the local motorsports association has decided to grant access to this year’s Grand Prix to the same drivers qualified in 2019. This was the solution adopted so that the race could continue to be included in the program of this year’s GP, the participants told the Times.