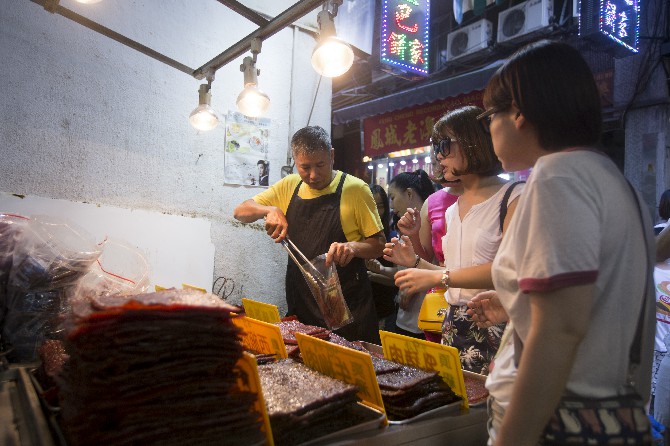 All of the tourists who bought traditional food souvenirs while in Macau were satisfied with their purchases, according to one study recently conducted by Liang Ziyang, a student at the Macao Institute for Tourism Studies (IFTM), who yesterday presented his work during the institution’s 5th annual Tourism Education Student Summit event (TEd Summit).
Held virtually yesterday, the TEd Summit was a full-day event that served as an opportunity for IFTM’s top 44 graduating BSc students to share their research findings with industry leaders and the community at large.
Liang’s study focused on souvenirs as a tourism product. The student concluded that Macau’s traditional food souvenirs were popular products, but the city could boost tourism spending by providing more choice in souvenirs.
“It has become a social etiquette to buy souvenirs when one goes traveling,” said Liang during yesterday’s presentation. “Souvenirs can enhance the attractiveness of a destination and they can also generate more revenue for Macau,” he said.
Liang’s study found that none of the interviewees said that they regretted their souvenir purchases in Macau. This is unusual, he said, because these products are usually of low practicality and are often impulse buys, which can both lead to feelings of regret later.
The IFTM student supposed that the unanimous response in his study was related to the fact that visitors can sample these food products before they buy them. This theory was supported by the feedback of the respondents, who has said they liked the ability to sample the products.
There is some debate, Liang acknowledged, with regards to whether more choice in souvenir products is a good thing. Some research suggests more choice is well-received by tourists, but other research suggests that “choice overload” can actually deter visitor spending and lead to a poor experience.