Macau’s prosperity stems from love of country, according to UM professor 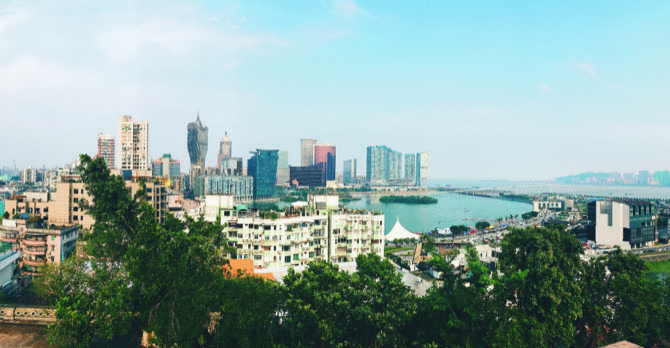 Speakers at yesterday’s seminar regarding 26 years of the Basic Law indicated that Macau’s prosperity stems, in particular, from the city’s concept of loving the country and loving the people of Macau.

Luo Weijian, a law professor from the University of Macau, remarked that compared to Macau, Hong Kong does an inferior job in protecting national security, practicing the central government’s overall jurisdiction over the SARs and stopping activities which violate the constitution of the government.

“The main reason is that the strength of ‘Love the Country, Love Hong Kong’ still does not have an obvious dominating position in Hong Kong,” said Luo.

In the professor’s opinion, ‘Love the Country, Love Macau’ is the basis of ‘One Country, Two Systems,’ which has been advantageous in Macau’s internal administration.

Executive dominance, the government’s right to make law proposals and the government’s exclusive right to propose budgets are being exercised in Macau “through cooperation between the government and the ‘Love the Country, Love Macau’ strength within the Legislative Assembly […] which is exactly what Hong Kong is lacking.”

“Regardless of national security legislation, Chief Executive [CE] elections, restriction of civil referendum, including the recent establishment of the Municipal Affairs Bureau [IAM], were all faced with different kinds of opinions. But, in the end, they were all passed,” said Luo. “It is all because the ‘Love the Country, Love Macau’ strength is the dominating power. That is why the government could pass all these bills.”

In addition to Luo, Ieong Wan Chong, former member of the Macau SAR Basic Law Committee of the Standing Committee of the National People’s Congress and current honorary advisor at the Macau Polytechnic University, also expressed that Macau can be the bridge connecting China’s socialism to capitalism.

“In the new era of One Country, Two Systems, socialism and capitalism are connected in Macau, which is absolutely a sign of the constitution [being fulfilled],” said Ieong.

In addition, he remarked that the Macau SAR’s positive image “has been widely accepted and endorsed by the Chinese and the world.”

“In a few months, the election of the fifth CE will be held. Based on  the experience of previous elections, we are absolutely confident in this one,” said Ieong.

He criticized the fact that during some of the previous elections, the election committee was not created lawfully, “which is a big violation of the constitution.”

“This time, the loophole has been covered up, and I believe the new Chief Executive will lead Macau into a new era,” said Ieong.