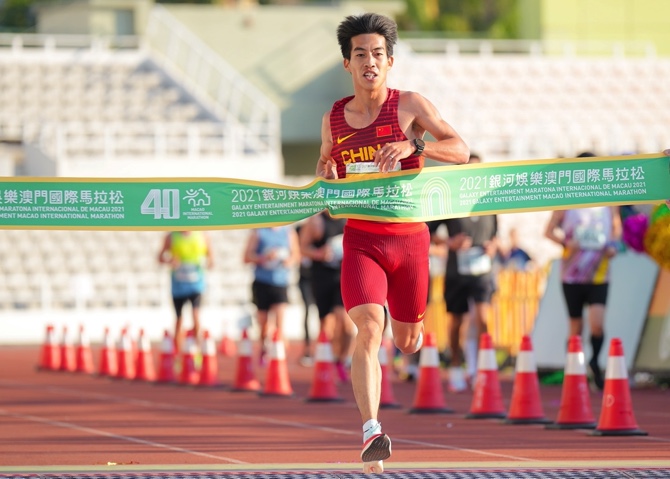 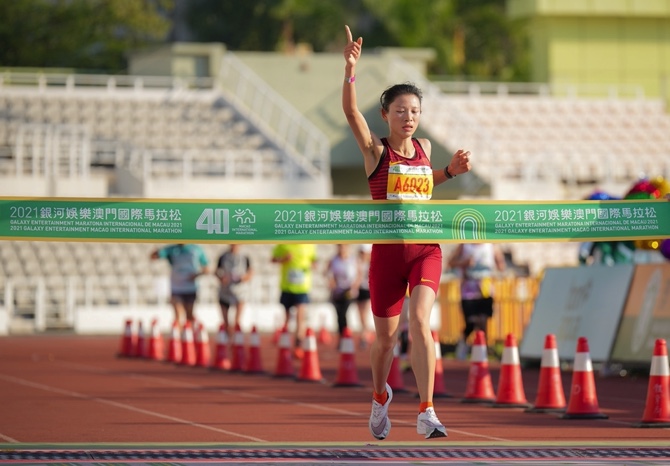 Runners from the mainland swept the podium at the Macao International Marathon yesterday, finishing first, second and third in both men’s and women’s races.

Yang Shaohui sailed past the finish line in two hours, 13 minutes and four seconds to lift the men’s title, followed by Gu Rongchao and Li Wei.

In the women’s event, Zhang Deshun defended her title in 2:29:09. Chen Liqin and Gu Jinjin took second and third places.

A total of around 12,000 people participated in the event.

All participants were required to be inoculated with two doses of Covid-19 vaccines at least 14 days before Sunday. They were also required to present negative Covid-19 tests. Staff reporter