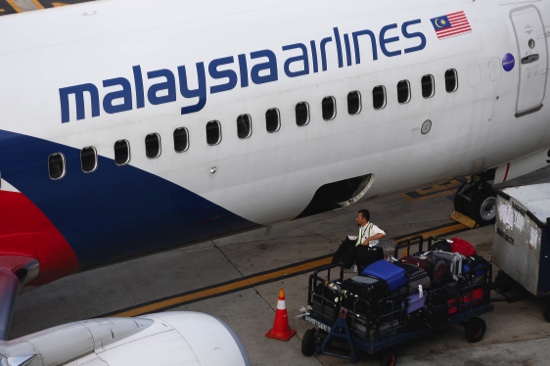 Malaysia Airlines Bhd. said it’s starting a corporate revamp with a “hard reset” as it terminates about 6,000 jobs and seeks to cut costs by 20 percent to return to profitability after two air disasters last year.
The carrier invited at least 14,000 employees to join its new company as part of a turnaround that includes adjusting the size of operations and renegotiating key contracts, the company said yesterday. The old structure, Malaysian Airline System Bhd., will cease operations in August, and selected assets and liabilities will be transferred to the new company.
Malaysia Airlines is seeking to reinvent itself after stiff competition led to years of losses, even before flight MH370 disappeared in March last year and MH17 was shot down over Ukraine. The carrier needs time to turn around after being “technically bankrupt,” and will break even only in 2018, Chief Executive Officer Christoph Mueller said yesterday.
We have to “stop this short-term firefighting,” Mueller said. “Now we have to be in forestry, we have to plant trees, water them every day and wait, and do a proper job. We cannot turn this airline around off the cuff.”
The carrier plans to refurbish the business-class section on some planes, and is considering selling or subleasing two of its A380 planes, Mueller said. The company will review all its existing contracts to purchase planes, he said.
Mueller joined Malaysia Airlines from Dublin-based Aer Lingus Group Plc., which he turned around in the face of competition from budget airline Ryanair Holdings Plc. He faces a similar task as Malaysia Airlines struggles to fend off AirAsia Bhd., one of the region’s largest low-fare carriers.
In August, parent and sovereign wealth fund Khazanah Nasional Bhd. announced plans to cut 6,000 jobs after the carrier amassed more than 4.9 billion ringgit (USD1.34 billion) in losses since the start of 2011. Khazanah has committed to invest 6 billion ringgit to restructure the airline after taking it private in a 1.38 billion ringgit buyout.
The new company will reduce capacity and expand its more profitable domestic and regional routes in the Asia Pacific, Khazanah said in March. Mueller said the airline will remain a full-service, international carrier and will tap its partners for code sharing on global routes. Chong Pooi Koon, Bloomberg