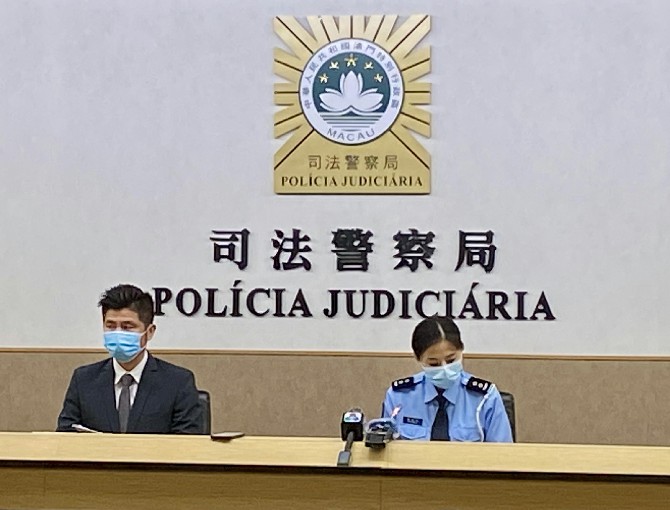 A man from the mainland has been detained by the police for the crime of exploitation of prostitution, the Public Security Police Force (PSP) revealed.
On Tuesday (April 13), a hotel security staff spotted the man suspiciously escorting a young woman to a room in a hotel located in the islands district, and reported the incident, the PSP spokesperson said during the routine joint police forces press conference.
According to the same spokesperson, the room was booked in the name of a third man who has not yet been found by authorities and is also being considered as a suspect in the case.
Questioned by the police, the man admitted to engaging in this activity in Macau since the beginning of this month. He said that he learned of the job through a friend on the mainland. His friend had told him that he could earn large sums of money by providing transport and facilitating meetings between young women from the mainland and prostitution clients in Macau.
The man also had the job of ensuring the safety of the prostitutes and assisting if any problem or dispute were to arise between the women and the clients.
According to information collected during the questioning of a 20-year-old woman also detained in the operation, she would receive the sum of HKD1,500 for each meeting with a client, which would be shared equally between her and the men who operated the scheme.
The woman told the police that all the meetings with clients would be arranged by the men and only after all arrangements were concluded would she be escorted to the room for sex with the clients.
She did not disclose to the police how many meetings she has had with clients or how much money she had earned from this activity.
The PSP is still searching for the whereabouts of at least one other suspect: the man under whose name the hotel room was booked and used for the activity.
While prostitution is not itself illegal in Macau, for any person other than the prostitute to profit from their activity is punishable by law, including any acts that facilitate or help such activity.
In most cases, the prostitutes are also targeted with crimes related to illegal work since Macau’s law does not permit tourist visa holders to work in Macau.
In a separate case, a man from Tanzania was apprehended by the PSP for wandering on a plot of fenced private land at Calçada do Tronco Velho in the city center.
When intercepted by the PSP officers at around 4:30 a.m. on April 8, the man could not explain what he was doing there or even how he came to enter the premises.
Taken to the public hospital, the man tested positive for a methamphetamine drug known commonly as “ice.”
Questioned by the PSP, he admitted to having consumed drugs that he bought last month at an entertainment venue in the NAPE area for 300 patacas.
He remains in Macau as a tourist, having received valid temporary authorization from the immigration department while awaiting repatriation.