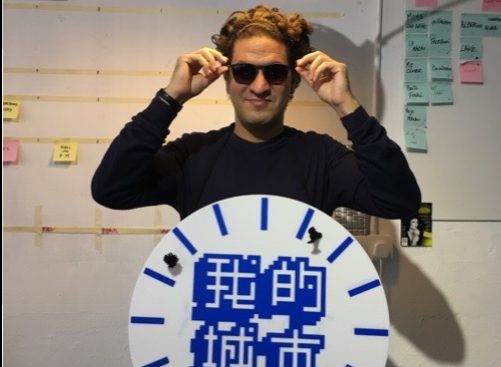 This Is My City, a local arts festival now in its 11th edition, is reaching across the border for the first time with several shows planned for nearby Shenzhen on the Chinese mainland.

The festival, which brings high-profile Portuguese artists to Macau on an annual basis, is shifting to a pan-Pearl River Delta scope as it tries to keep up with the regional integration that the Macau SAR now faces.

Why Shenzhen and not neighboring Zhuhai? Organizers say that Shenzhen is a more viable ‘sister city’ due to its international reach and thriving creative scene. But they also attest to a growing demand in Shenzhen for Portuguese culture, and This Is My City aims to be the platform linking this giant metropolis with Lusophone culture.

The Times spoke to Manuel Correia da Silva, co-founder of This Is My City and current director of production, to understand more about the festival’s rejuvenation.

Macau Daily Times (MDT) – This Is My City is expanding outside of Macau for the first time this year. Given the name and nature of the festival, does the expansion indicate a crisis in identity?

Manuel Correia da Silva (MCS) – I wouldn’t call it a crisis; I think we have already survived a crisis and that we are now in a post-crisis situation where we have adapted and found a solution. This year is the end of a cycle in a way. Last year was our 10th edition and we were reflecting on the last decade and what has changed in the city of Macau. The festival was born into an environment of a city that no longer exists in the same way. In response [to this], we decided to make it more of a regional edition – reflecting the change [that Macau has undergone] – starting with the city of Shenzhen. We are becoming more connected with the rest of the [Pearl River] Delta region and we felt that should be reflected in the festival.

MDT – Why choose Shenzhen and not neighboring Zhuhai?

MDT – How much of the Shenzhen component is being organized by locals from that city, as opposed to the core team in Macau?

MCS – We [the Macau team] are very in control of the content. [The Shenzhen team] work in terms of networking and production. There was a huge interest in the artists that we bring from Portugal. People in Shenzhen know Macau and its links with the Portuguese-speaking world. But they must still [travel] to Macau to see that. We are providing a window into Portuguese culture [through the production in Shenzhen]. More specifically, we are providing a window into Portuguese contemporary culture – not just heritage. It’s not always about looking back into the past.

MDT – The “Legendary Tigerman”, a famous Portuguese musician, is headlining this year’s festival with an unusual performance. What can we expect?

MCS – He is coming back, not with his normal [performances] but with a project, “How to become nothing”. It is a cine-concert show with music made and performed by Paulo Furtado [the Legendary Tigerman]. His show is an impressive and different experience, in an entirely new format. He plays the music live, while the screening is a recorded film. When I [initially] saw it in Portugal, it had the feel of an old silent movie with music [superimposed]. It creates a minimalistic but powerful impression. […] If I was to recommend one show to attend this year, this would be it.

MDT – Will you use the same outdoor venue as last year, Largo do Pagode do Bazar, for the cine-concert?

MCS – Unfortunately, no. This year our production was delayed and the venue was booked [by the time we were ready]. For the first time, we are not using that public space and the festival will move indoors instead of how it is usually outdoors.  We do believe that we are missing something [by not using that space]. For some of our visiting artists coming to Asia for the first time, facing the temple while they perform is a very beautiful experience for them.

Headline acts from Portugal and Macau 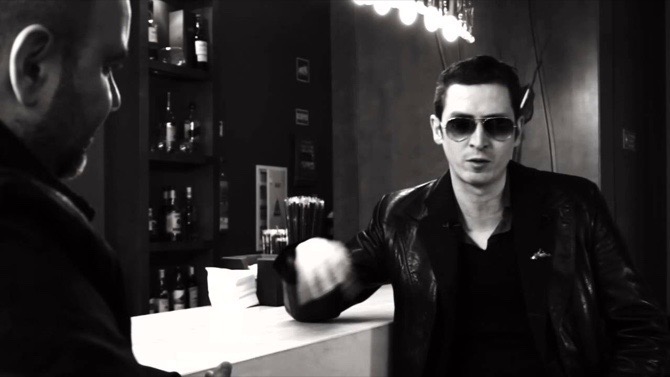 This Is My City features headline act Paulo Furtado – also known as the “Legendary Tigerman” – who will present a cine-concert with a projection of images digitally manipulated in real-time, while the artist plays the accompanying music. Returning to Macau, Furtado is known for playing blues music in a one-man band, combining his vocals with guitar, harmonica and drums. He will play two concerts in Shenzhen and Macau on December 15 and 16 respectively. Other notable acts include The Beatbombers, namely duo DJ Ride and Stereossaur, who are acclaimed Portuguese world champions of scratch and turntablism. Meanwhile, electronic band Fase Lane and jazz musician Paulo Pereira will represent Macau. Commissioned by festival organizers, Pereira will present a project that seeks to combine western musical traditions and eastern heritage through the medium of jazz.