Max Verstappen Interview | Macau is the last challenge before F1 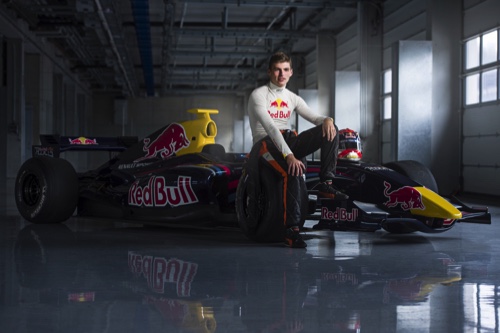 Max Verstappen was born to a family of racing drivers, including his father Jos Verstappen, a former Formula One veteran. After finishing third in the FIA European F3 Championship, he is set to become the youngest F1 driver in history. As a minor he is not entitled to have a driving license, yet he will drive for Scuderia Toro Rosso next year. The Times interviewed the 17 year-old Dutchman yesterday during a dinner where he talked about his prospects for the debut in the challenging Guia Circuit, competing with Van Amersfoort Racing. Here is an excerpt of what he said.

– You had no need to compete in Macau from a career point of view. Is this the perfect way to end your rookie season in car racing before graduating to F1?
Max Verstappen – It was always my plan to come here from the start of the season. Since I signed up with F1 that didn’t change anything with me because I think it’s a very challenging track and experience here in Macau. The atmosphere is really nice so I think that you have to do it before you make the biggest step to F1.

– What are your expectations? Do you hope to win the race?
MV – Of course I hope to win, but it will be very tough. I don’t have any experience here. Some other drivers have more experience. The most important thing is to build up confidence lap by lap and don’t crash. Just stay out [on the track] and try to make as many laps as possible.
– Did you have the opportunity to inspect the circuit?
MV – Not the real circuit. I had some simulator days and did some training, so I know the track, but real life is always different and on the simulator if you crash you can press restart and start again.
– You competed in Macau two years ago, but racing a kart in Coloane. What is your impression of the city?
MV – I like it. I was on the other side [reference to Cotai, since the interview was held at Sky 21] at the Venetian. Everybody was really nice and kind. (…) I can’t gamble yet [laughs] but it’s very impressive what they have built up here in such a small place. All the hotels… it’s very nice.

-You previously mentioned that you want to contest the Macau Grand Prix before you ascend to F1. How did you get interested in this race?
MV – You get a lot of advertisements everywhere. In F3 it’s a big thing [Macau]. At the end of the year this is one of the races you want to win.

– You will be the youngest driver in F1. Does this have a special meaning for you?
MV – For me the age doesn’t really make a difference. The main thing is to get there and do a good job.

– Do you feel an extra pressure to win here, since you already signed with ‘the big league’?
MV – No, I will just do what I normally do and from there on we will see.

– Macau is a hard circuit, many incidents happen during the races. Did you do any special preparation?
MV – In the simulator it’s not always about lap time. In the end, everybody can do a good lap time. But you have to be consistent over 15 laps, the length of the race here, without crashing. We focus a lot on that [during the simulator practice] doing maybe two tenths slower than you could do, but staying inside the walls, no crashing. At the end, that’s the key. Of course in qualifying you try to go to the limit, but in the race just make two or three steps slower than you can and don’t crash.

– Who are the drivers that you think can get a good result here?
MV – Maybe the ones who are always up front on the European F3 Championship.
– You are considered to be a young achiever. When did you start to race?
MV – I started when I was four and a half. You know, in the family it was always about racing, so I was always on the go-kart track or somewhere else with an engine. I saw somebody driving, even younger than me, and I called dad and told him that I wanted to drive as well. First instance he said you have to wait two more years, but I pushed really hard for it and in the end I got a go-kart.

– How does it feel to be on F1 and not being able to have a driver’s license?
MV – For me it’s not a big thing. I always like to be the passenger. I don’t like to drive a road car.  PB