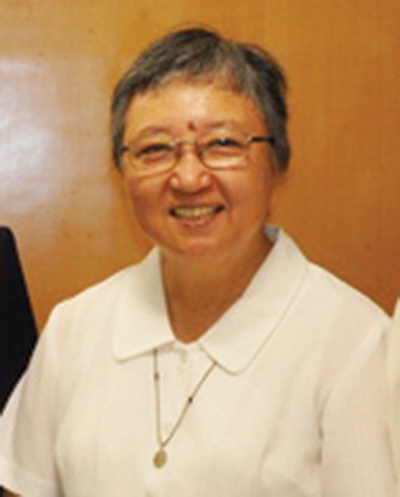 Given the high student retention rate in Macau, it is not surprising that repeating a year is already a topic discussed by many students as well as their parents and teachers, even at the very beginning of the new school semester.
According to the report “Equity and Quality in Education: Supporting Disadvantaged Students and Schools” published by the Organization of Economic Co-operation and Development (OECD) in 2012, the student retention rate in Macau has reached 43.7 percent for students aged 15, the highest among all OECD members. This means that almost half of the student population in this age group has experienced grade repetition before.
Recently, there have been talks about setting a limit on the number of times students can repeat, and some have even suggested the elimination of retention all together.
Nevertheless, educators believe that instead of focusing on the retention system itself, people should pay more attention to preventing students from failing.
Sister Judith Alice Yuen, president of the Macau Catholic Schools Association (MCSA), is one of those who hold this view. She told the Times that although the number of students who need to repeat a grade has been rising in recent years, the increase is not significant. From her observation, the retention rate of the majority of schools is between five and ten percent.
“In the MCSA, we have discussed whether there should be some instructions from the Education and Youth Affairs Bureau (DSEJ) or from MCSA regarding [the limit on the] retention rate. However, when establishing a limit or creating an instruction, there have to be some procedures, including consulting schools, parents and even students”, she said.
Regarding the question of whether the retention system should be abolished, Sr Yuen thinks that cancelling retention may not benefit some students in the learning process. “They may think that they will be promoted regardless of the effort they put in. This is not very satisfying”, she said. 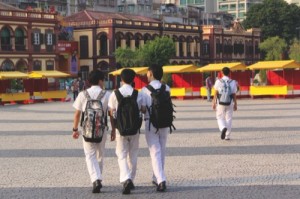 The MCSA president also stressed that retention is the last resort in helping students to build a more solid academic foundation. She suggested that it is crucial to look into how the retention rate can be lowered and how to prevent students from repeating a grade.
“Prevention is better than cure. Retention should not be put forward first. The best scenario is that if a student is found to have an insufficient academic [performance], there should be some supplementary classes for them. (…) For those students who have a weaker performance, there should be some teachers, for whom the DSEJ actually provides subsidies to the schools, to strengthen the students and prevent them from reaching the stage when their result is so unsatisfying that they have to repeat. There has to be assistance provided beforehand, namely at this moment when the new school year has just started”, she said.
She suggested several administrative measures that can be adopted by schools. “First, there has to be adjustment in the education programs and syllabus. For example, it has to be more flexible and allow a more flexible grading system, a more diverse one”, Sr Yuen said.
She thinks that Macau’s educational methods still lean towards the traditional, which is not beneficial for those students who are more creative and active. A more diverse grading system, she believes, can present a more comprehensive picture of students’ achievements.
Schools should also adjust their promotion and retention criteria and should avoid sealing students’ fates with one exam, which the MCSA president thinks will frustrate them.
Furthermore, Sr Yuen has shared with the Times her observations regarding the factors contributing to student retention. She thinks that there are several common elements among pupils who have to repeat a grade.
The first is lack of care from family. “First, and especially for younger students, the support and caring from parents is very important. For example, if the parents don’t have enough time to take care of the students, they may not finish all their homework and nobody will supervise them in their revision. Given that teachers can only provide a certain level of assistance, a student may keep on failing their subjects”, she said.
Sr Yuen added that they do not recommend that parents find tutoring services for their children, as they may put extra pressure on pupils, particularly for the older ones. She thinks that the crucial point is for parents to make sure that students understand their responsibility to finish their homework and revision everyday.
Another factor that leads to students’ retention is that there are too many distractions. Sr Yuen thinks that pupils may be spending too much time playing video games or chatting with their friends over the phone. She believes students should learn that they should prioritize their studies and only relax when there is spare time.
In fact, Sr Yuen’s opinions are also shared by the Chinese Educators’ Association of Macau. In their report on retention published in June this year, the association suggested that schools and teachers should gradually reduce the retention rate through various measures.
Apart from providing more support to weaker students, the report suggested that schools should establish a better communication mechanism with parents so that they can help them to better assist their children.
Teachers should also try to motivate students by discovering their strengths and giving them more praise and acknowledgement.
DSEJ has recently announced that it will roll out a consultation at the end of the year on setting up a ceiling for retention. It also recommended the abolishment of retention for pupils in the first four years of primary school.

Repeating students in favor of retention

The Times has spoken to five students who have experienced retention, with most of them believing that the repeated year did in fact help them in their studies.
John Lei, who is in his second Form one year, said that he was not saddened to hear the news that he had to repeat. So far, his results have improved considerably. He thinks that during the previous year, he was not working hard, which was the major reason contributing to his retention. Also, since he does not want to repeat again and be expelled, he has been working harder this year.
However, John has observed that some other repeating students still have not changed their learning methods or attitude.
Meanwhile, Form five student Ng Chi Keong, who repeated his Form three year, thinks that retention is “a waste of time”. He thinks that nothing has changed after his retention and he did not change his attitude. “For me, [retention] is useless”, he said.
Contrary to John Lei and Ng Chi Keong, who were rather reluctant to repeat a grade, Form six student Kelvin Lei Kuok Hou said that he is somehow delighted by the chance to repeat and has actually anticipated it.
Having too many extra curricular activities was the cause of his problems. “I didn’t even know what I was doing [the year before repeating”, he reckoned.
Kelvin described his life after retention as “fantastic”. “I have met more people. Retention also gave me the chance to make improvements on some subjects through taking some courses outside my school”, he said.
The young learner feels that he has changed after repeating Form four and has been among the top 15 students in his class ever since.
Not all students are able to actively improve after retention like Kelvin, however. Some say that they have faced difficulties adjusting to the new environment and handling the stigma.
Felix da Silva Rodrigues, who is now in his repeated Form two year, said that he felt alien towards his classmates. He also believes that retention has been a stain in his life. “After you repeat, you don’t want others to know. You want to hide it; you even want to hide the report card that stated you have to repeat”, he said.
In terms of the suggestion to cancel the retention system, all of them believe that it is not retention itself that has to be changed. Andrew Chan Chong Hin thinks that it is the individual student, not the retention system that causes them to repeat. “I won’t blame the system. But I would think about whether the [education] system as a whole can be improved”. JPL