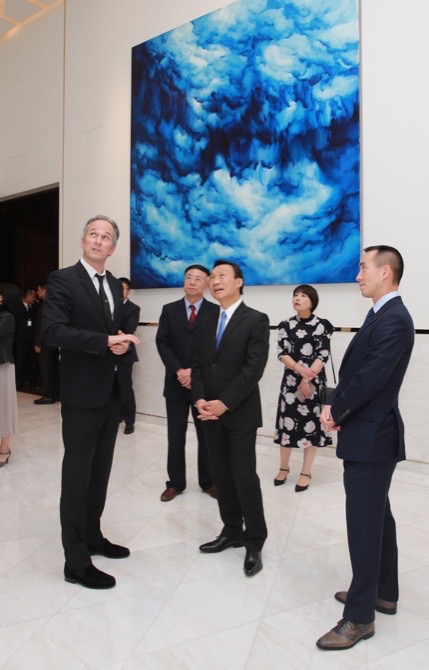 Melco Resorts & Entertainment opened its Art Macao contribution yesterday at its Morpheus hotel. The opening ceremony was held on the 23rd floor of the hotel tower; a floor normally reserved for diners at its Chinese restaurant, but now open to the public for the five consecutive months of the Art Macao festival.

Melco is contributing 11 art pieces for this festival, with one now being displayed at the Macao Museum of Art. The other 10 pieces are on show at City of Dreams.

Central to the art exhibition is a six-meter tall mega figure by influential American designer, KAWS. This figure is named “Good Intention” and marks Macau’s first encounter with KAWS. The piece carries features of Mickey Mouse, a clown and a skull, and through it, KAWS wants to encourage the reexamination of nostalgia.

On the same level, “Cabane Éclatée” is placed next to KAWS’ enormous figures. It was made by Daniel Buren, who creates art with cubic shapes. This piece is an imagination of an exploding hut. The four panels reaching out are the doors of the hut being propelled by an explosion. The glass wall of the hotel tower lets in sunlight and makes the hut shine in various colors.

Moving down to the ground level, visitors will see a corridor decorated with two pieces in blue. On one side are four images painted by Chinese artist Zhao Zhao, who has captured the essence of Beijing’s sky from memory.

A piece of art that is simultaneously an installation and décor, Continuel Lumière au Plafond by Argentine Julio Le Parc reflects light and symbolizes movement.

“We are thrilled to bring such amazing contemporary works of art to City of Dreams to demonstrate world-class creativity to our guests,” said Lawrence Ho, Chairman and Chief Executive Officer of Melco Resorts & Entertainment. “In particular, it is extraordinary to be showcasing many of these works at Morpheus, which is in itself an architectural masterpiece as the world’s first ever free-form exoskeleton high-rise architectural structure designed by legendary architect Dame Zaha Hadid.”

“Through this exhibition and our participation at Art Macao, we look forward to continue contributing to the city’s art and cultural development,” he added.

The company said it would open another exhibition, also part of Art Macao, at its Studio City property, but details have not yet been announced.

In addition, Melco supports and sponsors the works of two Belgian artists Benoit+Bo in two other projects under Art Macao, including the outdoor art installation Happy Heads located in the leisure area in Jorge Álvares Square, and the Prosperous Years art exhibition at the Old Court Building. Staff reporter 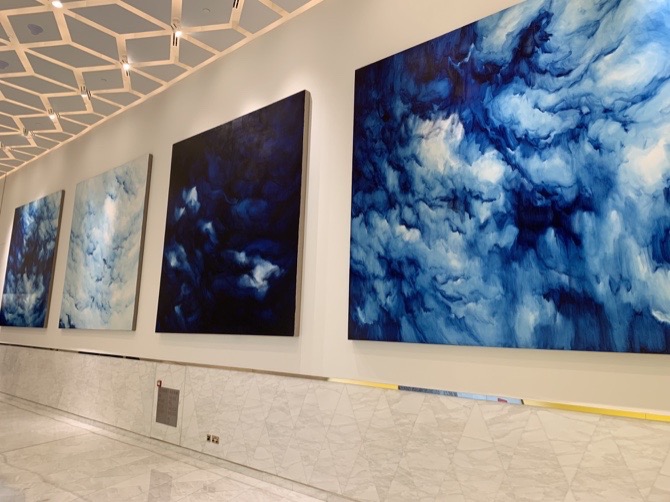 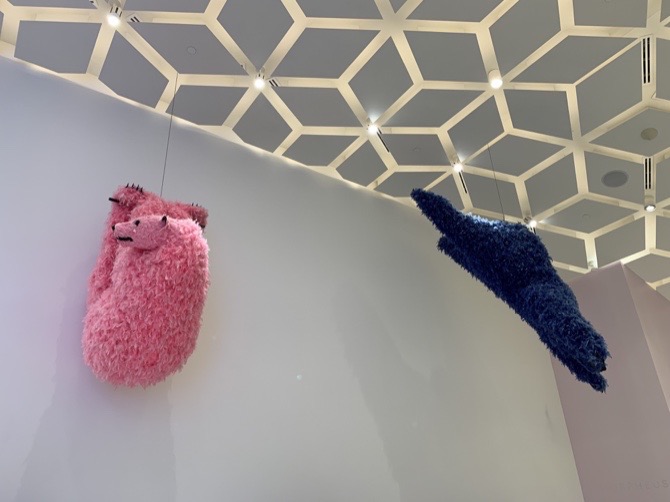