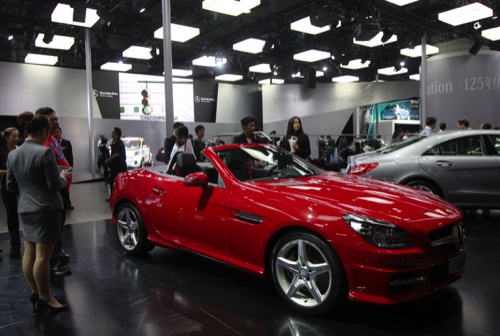 Mercedes-Benz owners in China are probably successful and wealthy entrepreneurs while those who drive a Cadillac are likely white-collar workers, according to a brand study released Wednesday.
Those were among the attributes associated with owners of eight major luxury car brands in China, according to a report by the Shanghai-based Hurun Research Institute. The research company held focus groups and surveyed 800 premium car owners in 10 cities to describe the characteristics of owners of the different marques.
Luxury auto brands are building their image to attract consumers in China, which McKinsey & Co. predicts will overtake the U.S. as the biggest premium auto market in 2016. Most consumers in China are buying a car for the first time, offering opportunities for newer entrants like Nissan’s Infiniti and Ford’s Lincoln to gain market share from more established nameplates.
The average luxury-car owner in China is 33.5 years of age, with an annual household income of 984,000 yuan (USD160,318), according to the report. Mercedes owners have the highest household assets at 11.3 million yuan, while Infiniti drivers have the lowest average wealth among the group at 6.44 million yuan.
Volkswagen AG’s Audi, the best-selling luxury brand in China, is associated with government bureaucrats and BMW are members of the new rich, according to the report. Of the eight brands surveyed in the study, only Toyota’s Lexus brand had no clear owner attributes.
Representatives for General Motors Co., Daimler, BMW, Audi, Infiniti and Toyota didn’t immediately comment on the report’s findings. Bloomberg