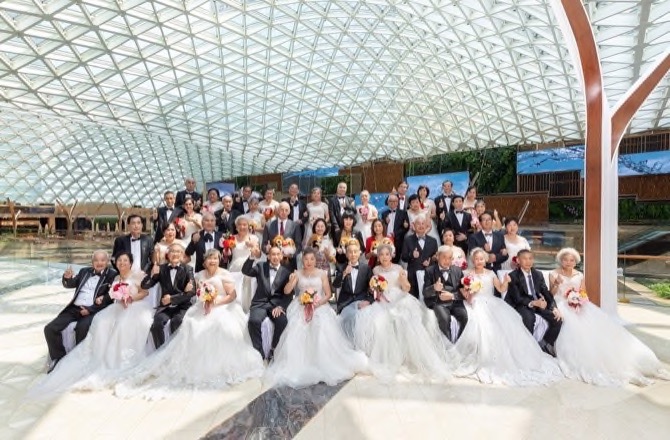 MGM has revived its “Love Moments” initiative, celebrating the marriages of 20 elderly couples. It included the couples’ first-ever wedding photos taken at the Spectacle at MGM Cotai.

The event was the seventh consecutive MGM Community Care Campaign this year. The couples who were invited hailed from the Women’s General Association of Macau, and Caritas Macau, as well as from the families of MGM employees.

Their average age was over 70 years old with around 50 years of marriage. The oldest couple were 92 and 81 years old, and the longest marriage was 62 years.

“These late wedding photos do not only bring blessings and joy to them, but also everlasting memories,” said Pansy Ho, co-chairperson and executive director of MGM China Holdings Limited. The event was held to celebrate the double anniversaries of the mainland and the SAR.