MGM revenue slumps in Q1 amid lockdowns in China 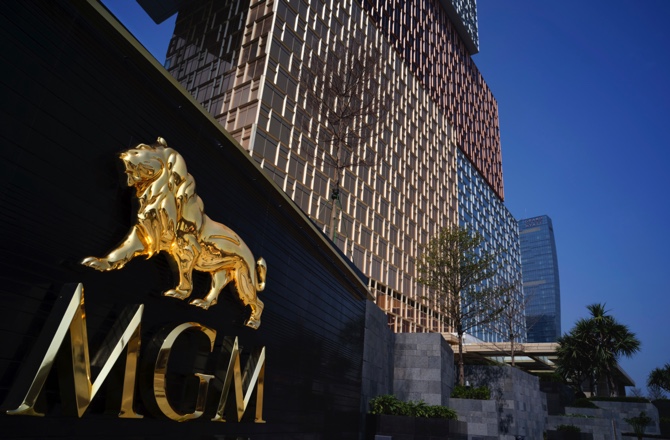 Macau has been suffering a downturn in gaming revenues following Covid-19 outbreaks in neighboring regions, causing the gambling enclave to impose stricter border entry rules such as reducing the validity period for nucleic acid tests (NATs).

Last month, Macau’s gaming revenues fell to a new low of MOP2.68 billion, following a sharp drop in March as the city suffered from a tourist drought amid the Chinese lockdowns.

However, MGM China’s 13% market share is higher than the company has “seen historically, and our properties are well-positioned to capture premium mass business as volumes begin to return,” Hornbuckle remarked on an earnings call with analysts.

For the first quarter of 2022, MGM China recorded total revenue of approximately HKD2.1 billion, down from the HKD2.3 billion recorded for the same period last year.

The gaming operator saw demand pick up during the Chinese New Year as visits to Macau increased 26% year-on-year during the six-day holiday period.

MGM also saw growth in rated mass player count and table volume across both properties while hotel occupancy reached 93% for MGM Macau and 72% for MGM Cotai during the Chinese New Year.

In the first quarter, the gaming operator had an adjusted EBITDA of approximately HKD46 million, a 45.8% drop from the HKD84 million in last year’s first quarter.

Despite this, the gaming operator said it is confident in its product offerings, and that once demand returns it is “very well-positioned to grow, particularly in our premium mass and mass segments.”

According to a statement it issued yesterday, “it is by far the best performing mass gaming property on the peninsula, boasting the highest mass table win since May 2021. Hotel occupancy was at 73% for the period.”

In a statement, Kenneth Feng, President, Strategic and Chief Financial Officer of MGM China, said: “We will continue to work with the government on retendering as Macau is an important part of our future. […] We strive for ongoing improvements [to] our gaming floors, product offering and services.”

MGM Resorts International has announced the commencement of a recommended public tender offer for 100% of the shares of LeoVegas, with a total tender value of approximately USD607 million.

The acquisition will be financed with existing cash and is expected to be accretive to MGM Resorts earnings and cash flow per share, according to a statement.

“Our vision is to be the world’s premier gaming entertainment company, and this strategic opportunity with LeoVegas will allow us to continue to grow our reach throughout the world,” said MGM Resorts’ CEO and President Bill Hornbuckle.

“We have achieved remarkable success with BetMGM in the U.S., and with the acquisition of LeoVegas in Europe we will expand our online gaming presence globally. We believe that this offer creates a compelling opportunity that allows the combined teams of MGM Resorts and LeoVegas to accelerate our global digital gaming growth and fully realize the potential of our omnichannel strategy.”