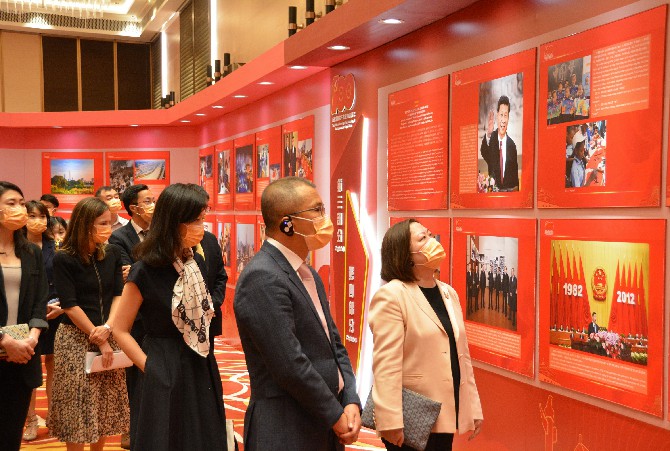 MGM recently arranged a group of over 50 local management team members to visit two exhibitions about history of the Communist Party of China (CPC) and the nation.
The group visited the photo exhibition celebrating the 100th anniversary of the founding of the Communist Party of China, and the “‘Glorious Dream’ – China’s Railway Development in the Past Century” exhibition.
The former exhibits nearly 300 historical photographs in four areas, capturing the historical path that the Chinese nation has taken throughout the past century; and the latter showcases over 100 historical exhibits alongside some other interactive multimedia installations to introduce the history of China’s railway development.
On top of the exhibition visits, MGM said in a statement that it also joined hands with various local associations and organizations to celebrate the 100th anniversary of CPC.
The company partnered with Macao Youth Federation to launch the “‘Footprints in 100 Years’ MGM Community Outreach eLearning Program to Commemorate the 100th Anniversary of the Founding of the CPC.”