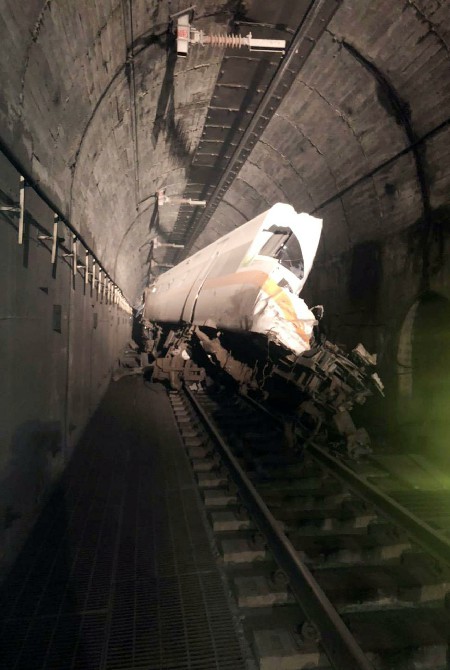 No local residents have been injured by the train accident that occurred in Taiwan late last week, the Macao Government Tourism Office (MGTO) confirmed to the Times.
The information contradicts previous news reports by several Taiwanese and international media sources that said that one of the injured people in the train crash was a Macau resident.
“According to the information from the Economic and Cultural Delegation of Macao in Taiwan, it was confirmed that no Macau resident was affected by the train accident. Until the moment, MGTO has received one request for information, but no request for assistance,” the MGTO said in a reply to the Times, adding that the local tourism authority continues monitoring the situation.
Previous news reports which aired over the weekend citing official sources had noted “a French citizen was killed in the crash, while two Japanese citizens and a citizen of Macau were among those injured,” a fact that MGTO now denies.
As per the official figures, at least 50 people were killed and more than 200 were injured in the crash that occurred last Friday near the city of Hualien.
According to the preliminary investigations, a truck that was parked on an embankment slipped down and caused the train with 498 passengers on board to derail.
Investigators are still looking into whether the truck slipped and entered the railway due to a mechanical failure or human error on the part of the driver.