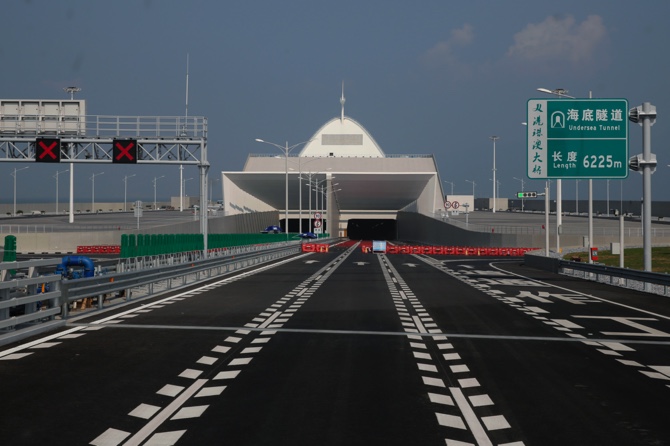 On the sidelines of a commercial event yesterday, the MGTO director stressed that her office has been in close communications with the Health Bureau on visitor arrival measures. It has also kept an eye on the development of border normalization in Hong Kong.

According to Senna Fernandes, The MGTO’s representative office in Hong Kong has been marketing Macau in the neighboring city. Marketing efforts have been mounted on traditional mass media and social media platforms to attract visitors from Hong Kong.

“Of course, a full roll-out will only be seen when the actual border normalization is here,” Senna Fernandes added.

Discussing the ongoing Macao Lights Festival and the drone-mapping display, the tourism official voiced her satisfaction with the turnout and response. She said that the Shenzhen company commissioned to handle the first night of the display is experienced, which is why the event generated a strong response.

She hinted that the Drone-mapping Display may not be a one-off event. The next such display will be held in September next year. There may be a chance that it will become a contest, “as more young people are attracted to drone-piloting and programming,” she said.

However, the display serving as a replacement of the Fireworks Display Contest may not be likely, as “both residents and tourists want both events” a she explained. To compensate for the absence of the fireworks contest for two years in a row, the MGTO will host a fireworks display on the third day of the Chinese New Year, alongside the Float Display.

The MGTO is determining which Lights Festival locations are more popular so that work can be conducted accordingly.

As for the outlook for Christmas, she admitted that the increase in tourism arrivals  will not be significant, as the period is not traditionally a holiday season in mainland China.

Yesterday also saw the launch of the 11th Macau Shopping Festival. The event will run from now until the end of the year. Twenty-seven local businesses, including banks, resorts and shopping malls, have seats on the organizing committee.

The theme of this year’s event is “Buy and Get Discounts Everywhere!”. In order to promote e-payments, the festival works with 10 major mobile payment platforms in the city which will offer random discounts on purchases. A total value of MOP18 million discounts will be given.

Member venues of the organizing committee will offer shopping privileges to customers, in addition to those given by the mobile payment platforms.

The Festival will also help promote shopping at traditional shops and districts, in the hopes of driving local and visitor shopping sprees to support older districts as well.