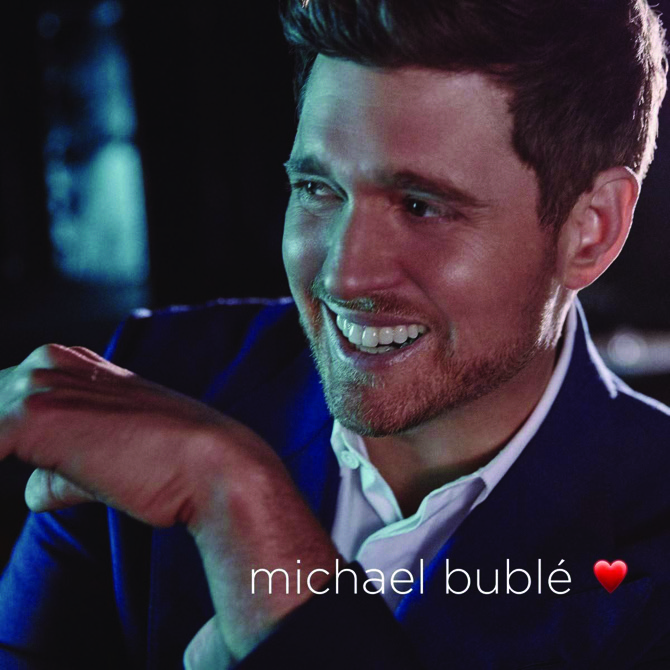 Wen people claim they are stepping away from it all to spend more time with their family, it’s usually a front. When Michael Buble said he’d do the same, it really was to take care of son Noah, who was diagnosed with cancer in 2016.

With his boy recovering, the Canadian crooner has returned to his career, including a new album and a big U.S. tour starting in February. “love” (represented by a red heart on the album cover) sounds like a new start for Buble, who has won four Grammys since his 2003 major-label debut by relying on a well-chosen mix of jazz standards and pop songs.

Like that album, “love” has David Foster in the producer’s chair and most of the tunes are evergreens, including “When I Fall Love,” ‘’Unforgettable,” ‘’When You’re Smiling” and “I Only Have Eyes for You.” Buble sounds totally at ease with the repertoire and the arrangements harken back to the ‘50s and ‘60s, with the string section especially effective.

Kris Kristofferson’s “Help Me Make It Through the Night” has a Mariachi mood and vocal accompaniment from Loren Allred, while Buble duets with Cecile McLorin Salvant on “La Vie En Rose.” The only song co-written by Buble is “Forever Now,” clearly a message of love to Noah.

A pair of tunes come from the 1937 Rodgers & Hart musical “Babes in Arms” — an ominous-sounding “My Funny Valentine” fit for a spy movie and “Where or When,” the album closer where Buble seems to achieve a degree of catharsis, really ripping loose on the last notes.

Buble stays within comfortable confines on “love,” but sometimes there’s nothing wrong with being safe at home.