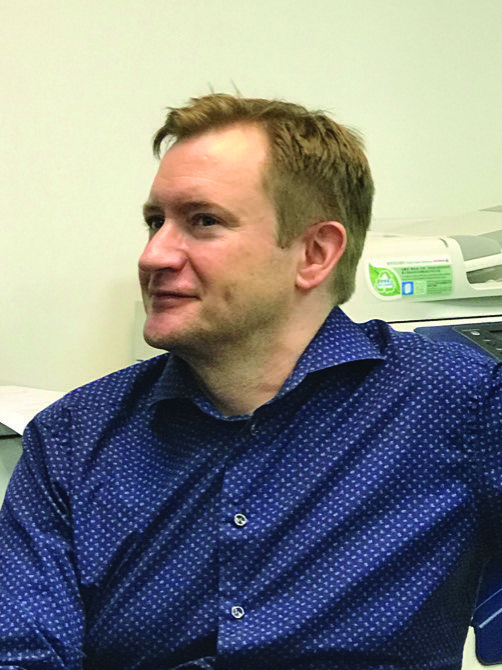 The second edition of the International Film Festival & Awards (IFFAM) is opening today with box office film “Paddington
2,” the first of over 40 film screenings, under the guidance of a new artistic director. Mike Goodridge wants IFFAM to “cook up a feast” of world cinema and shine a spotlight on young filmmakers to grow Macau as an entertainment hub.

An ex-journalist, Goodridge was the CEO of Protagonist Pictures – a London-based film financing, production and distribution house between 2012 and last summer. Under his leadership, the studio has been involved in a wide range of hit titles including “Love & Friendship,” “Lady Macbeth,” The Lobster,” “Paris Can Wait,” and “Free Fire.”

Mike Goodridge sat on more than 25 international film festival juries, but Macau is his first stint as a festival director, a position he finds as challenging as “running a studio.”

Although he didn’t introduce any changes in the format of the festival this year, his trademark is imprinted in the competition films he chose, by bringing the vigor and uncompromising creativity of young and promising filmmakers – “It ties with Macau” debutant film industry.

Goodridge is all-ears willing to learn from this first experience in Macau, “where there are a thousand stories to tell,” he said in an exclusive interview with the Times.

Macau Daily Times (MDT) – Let’s start with the opening: “Paddington 2”; it is rather a contrast to last year’s choice. What was the idea?

Mike Goodridge (MG) – For me, it’s always great to open a festival with a crowd-pleasing film and a film that appeals to everyone – as many people as possible, and I think Paddington 2 is that film. It’s a delightful film that adults will enjoy as much as kids and that’s the idea. Apart from the fact it’s a brilliant, brilliant family film. I don’t think a film festival needs to be exclusively the reserve of a certain [elitist] kind of film.

MDT – This intends to attract more people to the festival…

MG – I know, and it’s a brilliant way of drawing attention to the festival and saying, “If you like this film, take a look at these other films.” Look at the films in our competition section, which aren’t big special effects movies like “Paddington”. So, to me, it’s a completely natural choice. The opening film of a festival is never necessarily a difficult or challenging film. It’s a way of celebrating the opening and I think it’s perfect.

MDT – That leads us to the selection of the competition films, which brings to Macau mostly debutant directors in feature filming. Why is that?

MG – My initiative this year was to make the competition about young filmmakers and about new filmmakers and introduce a cash prize [USD60,000] and make the competition meaningful. It’s a way of bringing them to Asia, bringing them in front of Asian distributors, bringing audiences to these films; tying in also with the fact that Macau has a very young film-making culture and new directors here who want to express themselves through cinema. I think what you see in these 10 films in the competition is these first and second time filmmakers showing incredible vision and creativity and invention with the medium. Film is not something that is the domain of the rich or the over-educated. It’s accessible to everybody now. I think there are a lot of people in Macau who want to tell stories through film.

MDT – I haven’t seen the competing movies that will premiere here during the festival. But, according to the reviews, there’s one common theme, violence and darkness. Is this a sign of the times?

MG – Read the news! I suppose (smiles). There was no conscious thread when we were selecting them. I think all the programming team is drawn by something that really stands out. It’s just a way of telling the stories. They’re films from all over the world and yes, they address difficult issues, but that’s what cinema does. We’ve got the most broadly accessible film that’s called ‘Borg McEnroe,’ about the rivalry between Bjorn Borg and John McEnroe, which has its dark side too because both of them were quite dark characters. Each of the films is about overcoming the odds, I suppose. That’s what good cinema does, it shows you parts of the world or parts of the human experience that you haven’t thought about before.

MDT – Apart from this, the format, the concept of the festival is pretty much untouched. Didn’t you want to make any changes?

MG – Well, I didn’t have much time because I only really started in August.

MDT – Do you agree with the concept and format?

MG – Yes, which to me was really fascinating because a lot of these films haven’t actually shown on the big screen in Macau. So I think there is an appetite here to go to a cinema and not just see brand new films, but just [to] see the classics, which I find very encouraging, by the way, because that’s where these films are meant to be seen, not on your TV screen. So that gives me some ideas for next year.

MDT – Another thing that you changed is all the venues are on the Macau Peninsula. Why?

MG – I think the feeling was to centralize everything this year so that people – whether locals visiting or guests visiting from other countries – are in one location. I don’t think that’s going to be the case in the future, but I think this year’s was about centralizing. We wanted to take advantage of The Cinematheque Passion, which is a wonderful facility. It’s also about venues because we definitely want the Cultural Centre to be the focus of the festival. So that was a big part of staying in Macau, and we’ve got two big theatres there. So by focusing everything here [on the peninsula], everything is kind of within easy reach. We want it to be very user friendly, first of all. … especially for guests visiting from foreign countries. We want them to experience the old city as much as the new [because] a lot of our guests are staying in Taipa.

MDT – It is your first time as a festival director. How challenging is it?

MG – It’s like running a company. It has its challenges. The exciting bit has been getting to know Macau and what will work in Macau and we’ll see next week if the program works, and then it’s building on that for next year. That’s what I’m really looking forward to as well. It’s seeing what works and seeing what doesn’t work.

MDT – Do you believe that this can really, as you said, grow into an entertainment/cinema hub?

MG – I think it’s strange that Macau hasn’t got its own film- making culture. I think it’s strange that a city that basically is like one big movie set hasn’t got more local people making films or foreign movies shooting here. When foreign movies do shoot here, they bring in Hong Kong crews. Where are the local crews? Film is a big industry around the world and it can be here too.