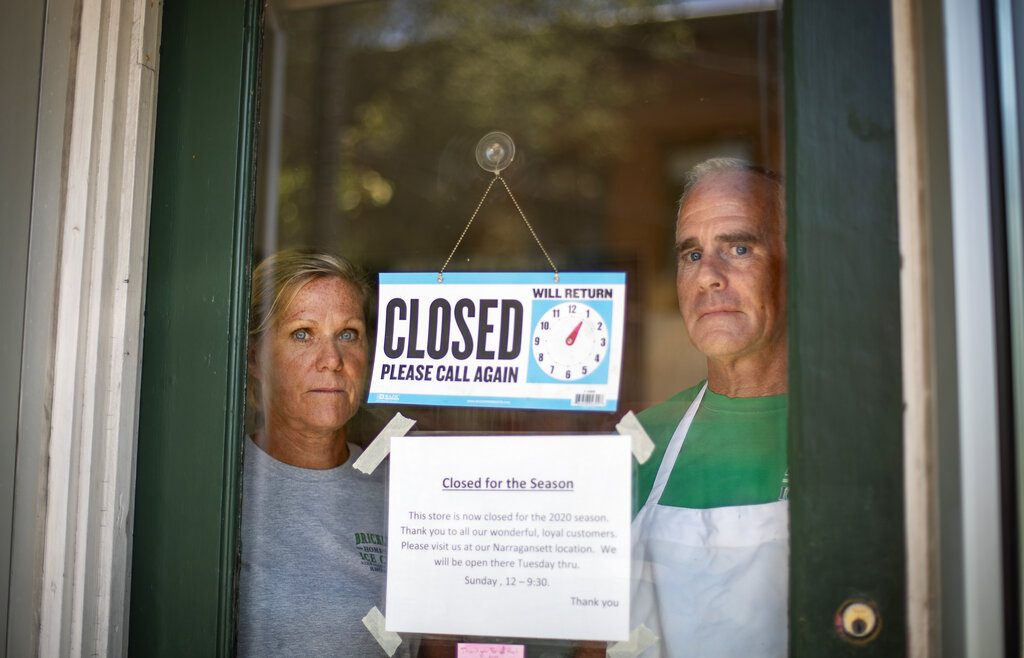 Steve (right) and Chris Brophy, husband and wife owners of Brickley’s Ice Cream, look out from the store they closed after teenage workers were harassed by customers who refused to wear a mask or socially distance, in Wakefield, R.I.