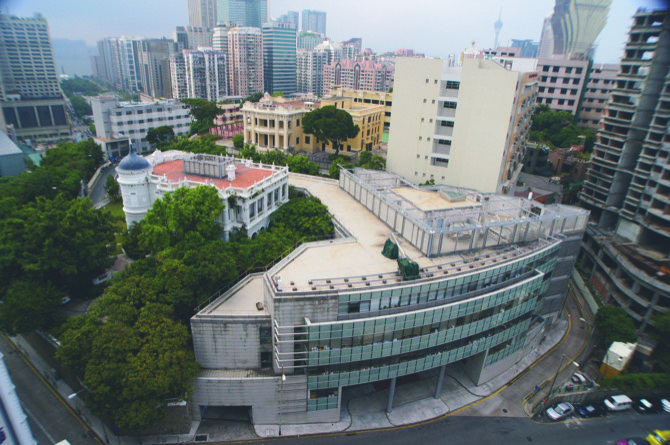 The Monetary Authority of Macao building

The Monetary Authority of Macao (AMCM) has launched its own catastrophe insurance for local SMEs, the AMCM announced in a press conference yesterday.

The insurance is available for local SMEs with fewer than 100 employees.

In order to alleviate the financial burden and support the development of this insurance program, the AMCM is providing subsidies that cover either 50% of the premium or MOP30,000 (whichever is lower).

Subsidy applicants must be registered in Macau, have fewer than 100 employees, and have no debts to the Macau SAR government, nor improper economic, financial and organizational conditions.

According to the AMCM, in 2017, Typhoon Hato caused a total loss of MOP12.55 billion to Macau’s economy. However, insurance repayments only amounted to approximately MOP3.4 billion, with the majority of enterprises covered by insurance being large-scale companies.

The insurance program is not set up permanently. So far, it only consists of an experimental phase. Its continuation depends on the operation and coverage achieved in the first year of its implementation.

The majority of Macau’s insurers do not provide high-risk SMEs with ordinary property insurance.

When the Macao Meteorological and Geophysical Bureau hoists Signal No.8 or above, or red storm surge warning or above, policyholders can apply for coverage from insurers.

Currently, the AMCM has not set up a total maximum number of subsidies, meaning that the bureau is encouraging more SMEs to join the insurance scheme and apply for subsidies.

Jewelry, antiques, currency notes and documents, as well as certain other items are not covered by the insurance policy.

Each policy is valid for one year. Each year, the AMCM will only approve one subsidy per entity.

Lei Cheok Kuan, president of the Industry and Commerce Federation of Macau Central and Southern District, thinks that “having the program is better than having nothing.”