Motorsport | Powerboats to race in Macau waters next month 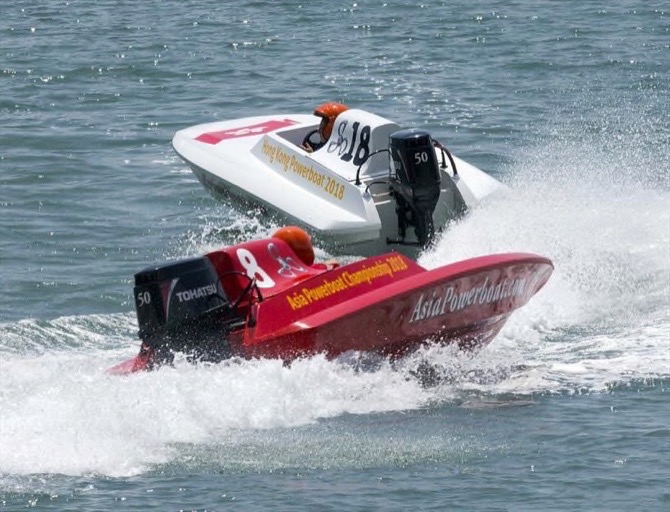 The event promises to be the first but not the last of its kind in Macau as, according to the APA, the association is committed to promoting and developing powerboat training and competitions around Asia, hoping to establish Macau as the “main center and training base” of such an initiative.

Held last year in Hong Kong, the powerboat competition now moves to Macau waters with organizers aiming for it to become – right from its debut – the second-largest motorsport event in the region, after the Macau Grand Prix.
To that end, the association is also said to count the support of some local sponsors, such as Macau Legend Development and the Macau government.

For the first competition in Macau, APA invited 12 competitors from China, Macau, Hong Kong, the United Kingdom, Iceland, Australia, and Italy, among others, for a series of races that would start at Fisherman’s Wharf.

Resembling what happened last year in Hong Kong, the competition will use the same T750 model powerboats, known as “Go-karts on water,” powered by Japan’s famous outboard engines Tohatsu with 50 horsepower and capable of taking the small and lightweight boats to an average speed of 85 nautical miles per hour (157 kilometers per hour).

As for future competitions, the association is said to be planning to organize more international championships in other places in Asia, including Shanghai, Xiamen, Vietnam, and Singapore.

The three-day event will have free admission, with the organizers noting that the best viewpoint will be located by the Macao Science Center.

The event is complemented by a Carnival that includes entertainment and stalls selling several kinds of products.

The event will kick-off on Friday, May 3, with a qualifying session followed by races on the Saturday and Sunday with a duration of about 20 minutes, where the 12 competitors will score cumulative points that will result in the determination of the winner on Sunday.

Although the Macau race winners will be announced on the Sunday, as part of a championship with several events, the points scored by the racers will form part of the next racing event, to be held in Thailand.