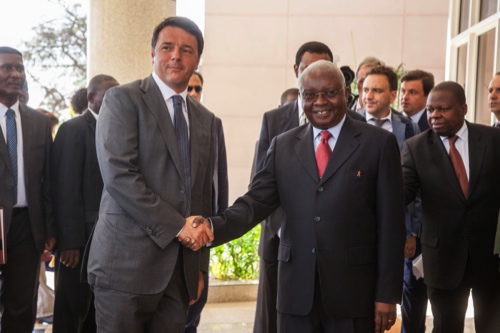 Mozambique is one of three of the main foreign investment destinations in Africa and over the next few years is expected to be home to infrastructure projects worth an estimated USD32 billion, according to Deutsche Bank.
In a recent report on Mozambique’s economy, Claire Schaffnit-Chatterjee, an analyst from Deutsche Bank, said that economic growth in the country would be more than 8 percent per year until 2019, benefitting from a positive macroeconomic climate.
“Coal mining, investment in transport infrastructure and development of the natural gas sector should drive growth over the next few years. Financial and construction services will be sectors with high growth,” said the analyst.
Mozambique, she said, has become an important destination for foreign investment, and over the last two years has attracted US$5 billion, the equivalent of a third of its GDP, for development of natural gas reserves, coal as well as needed roads, railways and port facilities.
Brazilian multinational company Vale is investing US$6.5 billion in a terminal and 900 kilometres of railway to link it coal mine in Moatize to the deep water port of Nacala, and expects to double its exports by next year when coal will become the main export from Mozambique, replacing aluminium.
“Mozambique has the potential to become the biggest coal producer in Africa,” with total reserves of 20 billion tons, but also, “one of the main exporters of natural gas in 2020,” the analyst said.
Natural gas discoveries have already provided income of US$1.3 billion for the Mozambican state, through capital gains taxes. According to the World Bank, commercial exploration of coal and gas deposits will more than double the country’s wealth.
The weight of raw materials exports on the country’s economy has led some analysts to question if the country will reduce its efforts to diversify and widen the economy’s production base.
Mozambique compares favorably to Angola, with industry accounting for 15 percent of GDP, five times more than in Angola, where oil is by far the biggest sector.
Deutsche Bank said that the government’s “ambitious policy agenda” was favorable for Mozambique as it included attracting foreign investment as well as a strategic five-year plan to improve the country’s business climate.
“Mozambique has an opportunity to strengthen ties upstream and downstream of raw materials, particularly in the natural gas an industrial sectors – for example by developing the food, fertilizer and electricity industries,” the analyst said.
“If Mozambique is able to invest most of its revenues from natural resources in physical and human capital, its future is promising, even if progress to improve the business climate, infrastructure and government efficiency is slow,” she said. MDT/Macauhub